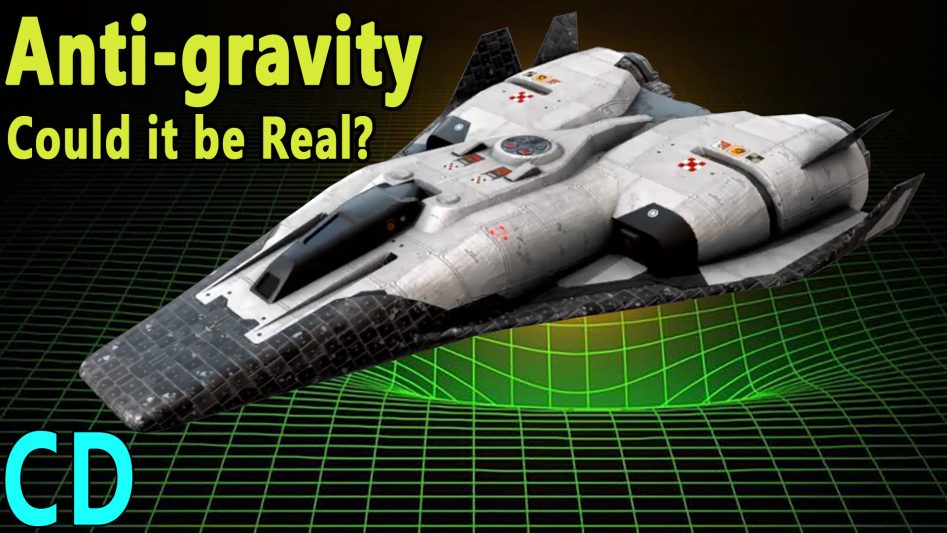 Over the decades antigravity has been the stuff of science fiction, though there have been many inventions purporting to be antigravity devices, from gyroscopic lifters to superconducting magnets but so far there has been nothing that is capable nullifying, shielding or creating a repulsive form of what we know as gravity, so could a form of antigravity even be possible given our current understanding?

Just to be clear, what I’m referring to when I say antigravity is a way to either nullify the effect of gravity that does not rely upon other forces like electromagnetism for example and that makes mass is no longer attract other forms of mass like the earth is pulling on you and everything else around you including the air and even the moon.

Whether this would be some kind of local effect that creates a negative form of gravity that repels mass instead of attracting it over a short distance or as some form of shield so that anything inside it would not be affected by gravity, much like a faraday cage or shield attenuates electromagnetic fields.

All the things so far which have claimed to have been a form of antigravity are all really just using other forces. A plane might be called an antigravity machine because it can lift you up and away from the surface of the earth but really it’s using the pressure differential of a wing travelling through the air at speed to create lift.

A rocket does a similar thing but by burning fuel which expands rapidly creating thrust pushing it along, and with enough thrust, it can overcome the pull of the earth’s gravity but its nothing more than a chemical reaction.

Other so-called antigravity lifters using the Biefeld–Brown effect are in fact using the propulsive force of  ion flow. By charging a very lightweight object or lifter with usually a positive high voltage the surrounding air is ionized. As the ions are attracted by the opposite negative electrode usually on the ground they interact with the neural air molecules creating an airflow with enough force levitate the lifter.

Some people claim the that the effect works in a vacuum and therefore it must be is some form interaction between the electric field and the earth’s gravity field, implying that it could be used to create an antigravity effect but when NASA tested it in a vacuum equivalent to that found at a low earth orbit, the effect had disappeared proving that it is caused by the propulsive force of ions pushing the air.

In scientific papers published between 1991 and 1993, American scientist Ning Li claimed that antigravity effects could be achieved by rotating ions perpendicular to their spin axis and that if enough of them could be aligned in a rotating superconducting disc a gravitomagnetic field would be produced that create a strong repulsive force and that experiments had backed up her theories. Even though it created a lot of interest at the time, in 1997 she published another paper that saying the effect was either very small or nonexistent.

But that didn’t stop her from leaving the University of Alabama and setting up her own company with a grant worth just under $450,000 from the DOD to investigate it further.

Experiments carried out by Eugene Podkletnov using rotating Superconducting disks in a magnetic field which purported to decrease the effect of gravity by about 2% on objects placed above the disc have not been able to be verified by other scientists. He claimed that the effect also worked like a beam above the disc with little loss of power up to a kilometer away.

This and Ning Li’s work is said to have prompted Boeing to investigate the effect of rotating superconductors with project GRASP – Gravity Research for Advanced Space Propulsion, with potential uses including space launches, artificial gravity on spacecraft, aircraft propulsion and fuel-less electricity generation. Though others have pointed out that if the effect could be proven and directed into a beam it would be able to be weaponized, creating a steerable artificial gravity force to destabilize, missiles, planes, and satellites.

Since the information was released, Boeing has backtracked and said that it was offered the proposal but chose not to fund it with company money but refused comment if it was a black project on the company books.

Basically the premise is that just as a spinning electron creates a magnetic field, then a massive spinning object like the earth would create a drag on spacetime, a bit like when you spin a ball in a viscous fluid like oil.  Although this drag was predicted nearly 100 years ago it’s taken the best part of a century to prove if it actually existed with several independent satellite missions which did indeed measure a small but noticeable dragging effect.

This is important because our current theories of gravity are that mass curves the otherwise flat spacetime and this deforming of spacetime is gravity, much like the weight in a rubber sheet experiment that represents the sun and pulls the sheet down in the center. A ball rolling in a straight line follows the curve, this is like the earth which is traveling in a straight line but its caught in the curve created by the sun’s gravity and so long as the earth’s speed is constant it orbits the sun.

If the dragging effect is real, then it is affecting gravity and a moving object near a massive rotating object would experience acceleration not predicted by Newtonian laws and maybe we could use this to affect gravity ourselves in some way.

But the elephant in the room is that we still don’t know what gravity really is. Yes, we have Newtons and Einstein’s laws which predict with amazing accuracy the effects of gravity but these theories don’t tell us how gravity works or what the mechanism is that makes mass bend spacetime, all we know is that gravity is a consequence of mass, the greater the mass the greater the bending of spacetime and hence the greater the gravity.

There are theories in quantum mechanics that predict a force-carrying particle called a graviton even though we have found no proof of their existence but as all the other three fundamental forces, the strong nuclear force, the weak nuclear force and the Electromagnetic force have at least one force carrier, its believed there must be one for gravity too.

Gravity appears to have virtually no interaction with any of the other forces and works on any form of matter, even ones which we currently cant not detect, namely the still unknown dark matter. There is no known way to shield against it because it bends spacetime which is the underlying fabric of the universe and as such it’s not really a force. We only feel its effects when we are stopped from moving like when we are standing on the ground but being pulled by the mass of the earth below us. If we were free-falling in space just above the earth we would not feel it at all.

Then there are the observations of the physical universe that show the rate of expansion from the big bang is speeding up instead of the expected slowing down under the effect of gravity. So either we a major problem with our theories of gravity or there is something else that is providing a yet unknown force which is overpowering gravity and pushing the universe apart in all directions which we currently call “Dark Energy”, and like dark matter we can not detect directly but only see the effect it has, a bit like gravity itself.

So given all this, is antigravity a realistic proposition?, I would say not with our current knowledge, black projects may well be working on it but they still have to obey the laws of physics even the ones we don’t understand. Maybe at some point in the future when we have a much better understanding of what gravity is and how it really works, we will find a way to manipulate it as we want but as of now it is still in the realm of science fiction.