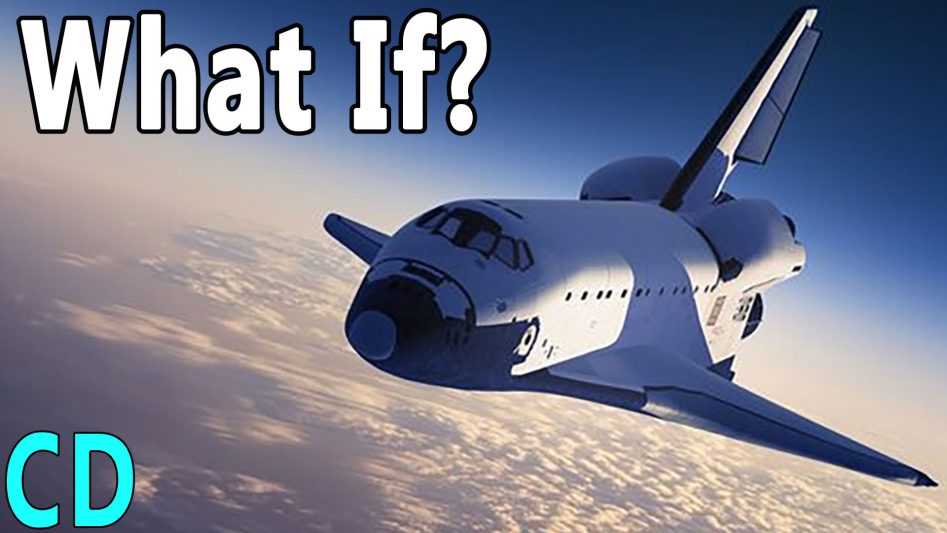 The Columbia disaster of January 2003 was not only the second total loss of a space shuttle and crew, it also sounded the death knell for the whole space shuttle program. The reason being was that the shuttle had always been a work in progress and that after 31 years and two major incidents with the loss of all on board,  the time had to come to bring the whole thing to a close.

But was Columbia’s eventual outcome always written in stone or could there have been a different ending, could Columbia’s crew have been rescued?

As Columbia rose into the clear blue sky that January day, a piece of insulating foam from the main fuel tank about 50cm across would seal the fate of the Columbia Shuttle.

But this wasn’t an unusual occurrence. Because the foam insulating layer around the fuel tank which was there to stop the build-up of ice forming at launch didn’t always have a perfect adhesion to the tank surface, small bits would sometimes break off under the aerodynamic stresses of the launch. These usually fell harmlessly away but sometimes they would hit the shuttle but up until this launch they hadn’t caused a major problem.

It was common for the shuttle to return with damage to the heatshield, dings, nicks and pieces of tile missed, something which was seen as a reuse issue which could slow down the turn around time but not much else.

In comparison to the close call of  Apollo 13 where to use the movie tagline “failure is not an option”, by the time of STS-107 and due to 13 previous flight cancellations, the time and budget pressures shifted  NASA shuttle management’s attitude to a greater acceptance of risk in order to get the flight done and that if a reoccurring issue hadn’t caused any major problem before it probably wouldn’t cause one now.

They even sent an email about the foam strike one week after lift-off of the 16-day mission to the commander Rick Husband and pilot Willi McCool which had the following concluding words “Experts have reviewed the high-speed photography and there is no concern for RCC or tile damage. We have seen this same phenomenon on several other flights and there is absolutely no concern for entry.” The rest of the crew were shown the foam strike video and none of them was concerned at the time  because they believed the ground crew when they said “there is absolutely no concern for entry”

This acceptance of issues that would have raised alarm bells with previous programs like Apollo was later termed “normalization of deviance”, basically a gradual acceptance of issues outside of the normal operating parameters and this would turn out to be more deadly than the foam strike itself.

But some engineers at NASA weren’t happy about it and even though there were five meetings about the foam strike throughout the mission duration, the same conclusion was reached each time that even if there was the damage they couldn’t do anything about it.

By not raising the risk level quickly enough, they did indeed create a self-fulfilling prophecy and by the time the real severity of the problem was showing itself,  it was indeed to late to do anything.

As part of the investigation into the causes of the incident, NASA produced a lengthy report and part of that was appendix D.13 the STS-107 Options Assessment. Although it was accepted that there was nothing that could have been done to save the crew, the Columbia Accident Investigation Board directed NASA to come up with a hypothetical plan for in-orbit repair and rescue scenario’s to see if they if given a quick enough response it would have been in principle possible to rescue the crew.

In order to do this, it was contingent on NASA recognising there was a potentially serious problem with the foam strike as soon as possible and that by FD2 or flight day 2 they had communicated this to the crew to take further action.

Because the crew could not see any potential damage to the wings leading edge from the shuttle windows, a request for a USAF spy satellite to take images of the shuttle would be done to try and see any damage. In fact this sequence of events happened for real but much later on in the mission and the USAF later said that they had not received any such request and NASA didn’t see any satellite imagery.

In the hypothetical plan, this information should be available by FD3. Depending on what could be determined from that, if anything, two paths were open, to try and repair the shuttle and or ready a rescue mission.

Although in 1981 Columbia was the first shuttle to be fitted with the Canadarm or the Remote Manipulator System which had a camera attached to it on the second shuttle flight STS-2, it was not fitted to Columbia on STS-107, therefore to assess the damage accurately a member of the crew would have to perform an EVA and go outside the shuttle to look at the damage.

Ironically that self-same STS-2 mission in 1981 was the last flight with a white painted fuel tank after which it was flown with just the orange foam covering to save 272kg, the weight of the paint used to cover the tank. Some have questioned whether the painted layer might have helped in stopping the foam from detaching from the fuel tank in the first place, the primary cause of the loss of Columbia 22 years later.

As there were no spacesuits with manoeuvring capabilities on board like the one used on the ISS, two crew members would be needed to perform the EVA with one acting like a human bridge holding on to the edge of the open bay door and standing on the wing, whist the second would hold on to the first like a climbing frame to access the damaged area more closely and relay the information back the mission control.

Doing this type of EVA whilst being unconventional was seen as a moderate risk but with high degree of success in assessing the damage and as to whether a repair could be possible.

If a repair was thought feasible, materials from around the shuttle would have been used, things like pieces of titanium strip, AFRSI blankets which are part of the heat shielding, Payload bay thermal liner, even bags of water which would freeze into ice in space.

For a 15cm hole in the RCC panel, the cavity between the RCC panel and spar would be filled with a combination of titanium and water which would become ice and the hole would be sealed with AFRSI blankets.

Basically, the idea was to create a temporary fix that could survive the 1500C re-entry conditions long enough that the shuttle could get to about 30,000 ft where the crew would then bailout. Doing this in orbit was risky because there were many variables with the materials available which might affect how well the hole was sealed and would be very difficult for the crew to assess or control. If a repair was deemed unfeasible then the rescue mission would get the go ahead.

By Flight Day 4 of STS-107 which was January 19th , the space shuttle Atlantis was being prepped for launch to the ISS on March 1st. Senior government contractors and contractor management would then develop the minimum timeline to safely prepare and launch Atlantis on a rescue mission ideally on February 9th.

This would mean bypassing many of the standard checks and tests which were deemed to be no to low risk. The flight software would have to change to rendezvous with STS-107 and include the inclination, altitude, launch window and External Tank disposal which would mean performing the largest ever day of the launch update process.

Atlantis would require a minimum crew size of four, the commander, pilot and two EVA crew members to do the moving of the crew from Columbia to Atlantis. Four Extravehicular Mobility Units or EMU spacesuits would be taken, two the EVA crew and two for the Columbia crew to be used in rotation. The very short notice for mission training and weightless preparation would require the most experienced crew members available at the time.

Whilst Columbia waited for the Atlantis, it would go into a power-down mode to conserve as much of the consumables like food, oxygen and the Lithium hydroxide CO2 absorption canisters which removed the CO2 breathed out by the crew. These had a lifetime of 30 days in normal use but could be extended slightly if the crew reduced exercise and movement to a minimum.

Columbia also an Extended Duration Orbiter pallet loaded in the aft area of the payload bay which had enough cryogenic oxygen and hydrogen to last for at least 30 days. The creation of water was a by-product of generating electricity with the fuel cells with the Hydrogen & Oxygen. They also had enough food if rationed to last 30 days.

If the rescue mission was successful, Columbia which could not be remotely landed would have been deorbited in to the Pacific Ocean.

But what about other alternative rescue methods like making their way to the International Space Station and moving the crew to there to await a rescue mission.

Docking with the ISS was common but for STS-107, this would not have been possible because it had the Spacehab Research Double Module installed which didn’t allow the external airlock and docking port to be fitted but there was another issue.

The orbit of Columbia was at 39 degrees inclination and the ISS at 51.6 degrees. In order for Columbia to get to the ISS it would need a 12,600ft/second translation move but the amount of fuel the shuttle had was only capable delivering of a 448ft/second translation, basically, it didn’t have enough fuel to reach the orbit of the ISS.

There were discussions about sending up supplies that would allow the crew to stay longer whilst the rescue mission was being readied but the 39 degree inclination orbit meant that was too far for the Russian Soyuz/Progress to reach it and while the French Arianne 4 launch site in French Guiana was in reach, the process of converting and reprogramming the Arianne 4 in three weeks would be very difficult to achieve.

So everything would have hinged on Atlantis being ready in time, a very tall order that would have to have cut a lot of corners and expose the crew of the Atlantis to a higher risk, the very thing that helped doomed Columbia.

There was no guarantee that another piece of foam might not come off and cause similar damage to Atlantis and then there would be two stricken shuttles and crews in orbit and definitely no option for a second rescue.

But of course all this was just hypothetical and after the event but it did show the vulnerability of the shuttle program and that even if the crew were notified in time, the options available were very limited.

If a rescue mission could not be made available in time and a repair was not possible it would end in the very public demise of both the shuttle and the crew, which along with the 22 year service life it had had at the time was why the decision to wrap up the shuttle program was taken, though it did take on 22 more missions over the following 8 years before the final flight of STS-135 in July 2011.