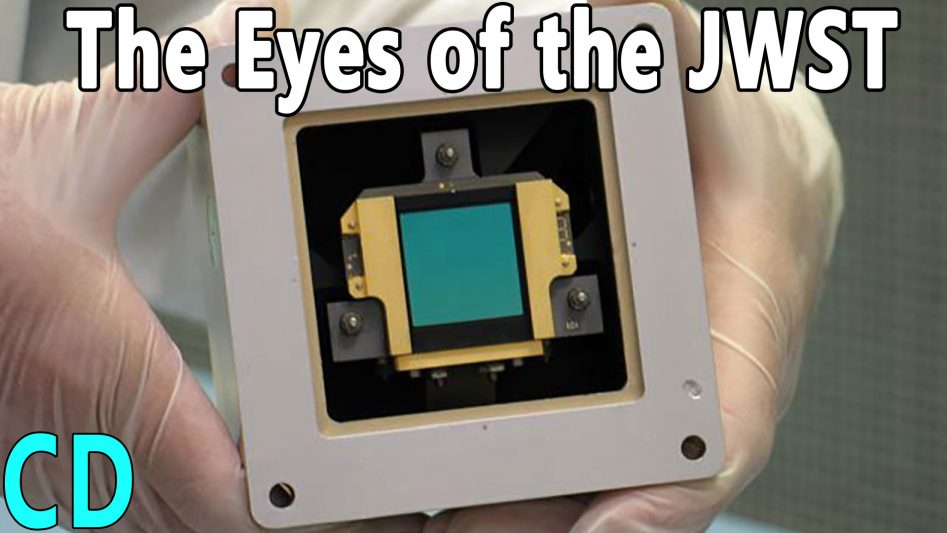 The James Webb space telescope is now at its destination orbit at the L2 LaGrange point and has started its calibration and final tuning using a star in the constellation of Ursa Major named HD84406 which will take about 6 months in all to complete and already the first engineering images it has taken during this process are better than anyone has expected.

So in this video, I ‘d like to look at just how the James Webb will see the universe and the tech they had to build to enable it to find try and find the first stars and galaxies that formed after the big bang and exoplanets around distant stars.

As we have said before, the James Webb isn’t a replacement for Hubble but its successor building on the discoveries that Hubble made and expanding on an area of research which the Hubble was never really designed to do, that and the fact that the James Webb is a 100 times more sensitive than Hubble.

The reason for this is that Hubble primarily see’s the universe in visible light like we do and ultraviolet which is outside of our vision. But to see the very oldest objects we need to see at the other end of the light spectrum, infrared.

Although Hubble can see some infrared it is limited and in its position close to the earth, much this very, very faint early light is lost in the ambient infrared radiation from the earth and the Hubble telescope itself as it orbits the earth and goes in and out of the shade of the earth 15 times a day.

So placing the James Webb 1.5 million km from the earth in an orbit that also keeps it in line with the earth, not only cuts out the infrared pollution but also keeps us in constant contact with it.

To further keep stray infrared from the sun to a minimum it also uses a five-layer solar shield the size of a tennis court. All of this is to keep the camera sensors as cold as possible because heat is also in the infrared spectrum, we can’t see infrared but we can feel it.

Before we look at the camera sensors let’s go back to the main mirror, a technological achievement like no other mirror made so far.

This 18 segment mirror has to do the job that would normally be done by one perfectly ground piece of glass like that of the Hubble, though as we know there was an error during Hubble’s manufacture which meant that it was ground to the wrong shape which effectively made it short-sighted and another mission was required to fix the error with a set of corrective optics, like giving it a pair of glasses.

The James Webb couldn’t use this single mirror approach because at 6.5 meters in diameter, the size that was determined to be the best to collect the tiny amounts of this ancient light, the glass required would not only be too big to fit on the launch vehicle it would also be too heavy and risk damage from its own weight during its transport and launch.

The hexagonal shape of each segment means that there are only 3 optical prescriptions required for the 18 segments, known as the a, b and c segments and when unfolded there are no gaps between them.

Even though the James Webb mirror has over six times the light gathering area of the Hubble it weighs just one-tenth of Hubble’s glass mirror.

Each segment is made from Beryllium, a lightweight metal that is very strong, and good at holding its shape across a wide temperature range and also non-magnetic.

Each segment starts as a hexagonal blank of Beryllium 1.32 meters in diameter which is then sliced in two to make two segments. Most of that material is then machined away from one side to leave support ribs about 1 mm thick. This makes the segments much lighter at just 20kg each but still strong enough to hold their shape.

The segments are then polished to an almost perfect shape before being sent for X-ray testing at -240 Celsius to simulate being in deep space. Using the data from the tests the mirrors are sent back for final polishing that allows for the changes in shape as the temperature drops and with a surface error or bumpiness of no more than 20nm.

The polished surface is then coated in pure gold which helps in reflecting infrared. This is done by placing the segment in a vacuum and depositing vaporised gold onto the surface to a thickness of 100 nm. Because the gold coating is very soft a final coating of amorphous silicon dioxide or glass is applied to protect it from scratches or particles that might settle and move around, they then go back for one more shape test at cryogenic temperatures.

Once in orbit, the telescope is pointed towards the test star, HD84406, the NIRCam or Near-infrared camera takes out of focus images from each of the 18 segments and then uses computer algorithms to determine how each of the segments must be moved to achieve the correct shape for the whole mirror.

Each of the mirrors has to be aligned with an accuracy of one 10,000th the diameter of a human hair to make all 18 segments work as one large super accurate mirror. This is done with a subsystem called wavefront sensing and control which is responsible for sensing and correcting any errors in the telescope’s optics.

The reflected image is focused on the secondary mirror which in turn reflects it onto instruments that filter the light, or spectroscopically disperse it, before finally focusing it onto the detectors.

Even though the main mirror is 6.4 metres across and has 6 times the light gathering ability of Hubble, the amount of light that comes from the very farthest, earliest galaxies is so infinitesimally small that a whole new generation of large-area infrared detectors had to be developed that were not only larger in format but also lower noise and longer lasting that anything used before.

The James Webb uses two different types of detectors. The first is the “H2RG” made by Teledyne Imaging Sensors and works in the “near-infrared” 0.6 – 5 μm wavelength range. Each one of these is made from mercury-cadmium-telluride and has about 4 million pixels. In all the are 15 of these detectors used by three of the four instruments onboard.

Some are arranged in blocks of four as you can see here. The cross on the front is the optical baffle that covers the join between the detectors to stop reflections from bouncing off the edges of the H2RGs.

The fourth is the MIRI or mid-infrared instrument, this works in the “mid-infrared”  5-28 μm and is made from arsenic doped silicon by Raytheon Vision Systems and has just over 1 megapixels. Three of these detectors are used in the MIRI.

The H2RG detectors have been used since 2002 in many ground and space-based telescopes and have been regularly upgraded over the years to make them more reliable, more sensitive and longer-lasting.

The H2RG detectors use a feature of cadmium telluride and mercury telluride in that they are the only common materials that are tuneable to detect both very short wavelength IR and very long wavelength IR in one device. The ratio of mercury to cadmium determines the wavelengths they are sensitive to.

However, to work correctly and keep the noise to a minimum they also have to be at cryogenic temperatures, the longer the wavelength of infrared light the colder they need to be.

For the H2RG, 37 kelvin or -236 Celsius is the ideal temperature and in the space where the James Webb is, it requires just passive cooling which is achieved by the five-layer sun shield.  But for the MIRI, it needs to work at 7 kelvin or -266 celsius which requires an extra cryocooler, basically, a refrigerator to bring it’s temperature down to even less than that of the deep space around the James Webb.

As you may well have experienced, refrigerator pumps can vibrate a lot and this is the last thing they need as it could shake the assembly and blur the images. So they use a two-cylinder horizontally opposed piston pump that is so finely tuned and in balance that creates almost no vibration.

Although the James Webb sends back digital images to earth, the sensors are analogue devices and as such the outputs are susceptible to noise and distortion so they are digitised as soon as possible to lock the image into the digital domain before they are moved around the rest of the systems aboard the telescope and sent to earth.

This is done by the SIDECAR or System Image, Digitizing, Enhancing, Controlling and Retrieving ASIC, an ASIC being an Application-Specific Integrated Circuit. This amplifies the faint signals from the sensors before converting them with a 16 bit A to D converter and sends the data in packets for further processing and storage before transmission.

As well as looking for the first galaxies, the James Webb will also be looking for exoplanets around other star systems but how will an infrared telescope help with that.

Well, the method they use is called the transit method which looks at the dimming that occurs as a planet passed in front of a star or its transit. The amount of light that is blocked by the planet is very small but from that they can work out the size and mass of the planet as well as the amount of wobble the planet induces into the star via its gravitational pull.

But one thing that Webb can do better than any current telescope is when it comes to analysing the atmospheres of the planets that are found. It does this by looking at the infrared light that passes through the planet’s atmosphere looking for the absorption lines that are created by the presence of different molecules and the infrared spectrum has the largest amount of these spectral features.

Using Webbs superior infrared detectors we will get the best look at the makeup of the planet’s atmosphere and be able to look for telltale signs of life and even advanced civilisations based on what we know of what our atmosphere looks like spectrally.

The first images taken by the Nircam during the testing have shown the test star HD84406 which is a 100 times fainter than can be seen by the human eye and in the background are an array of dots.

Although the star is of little interest each one of these dots is a galaxy and this is the first time we have been able to see them and is proving that the telescope’s performance is already exceeding NASAs most optimistic predictions.

Soon we will have the best images we have ever had of not only the early universe, galaxies and exoplanets but also planets like Mars, asteroids and other objects when the James Webb like the Hubble is turned to look at our own solar system.

So I hope you enjoyed the video and don’t forget to subscribe, thumbs up and share and remember that Patreon supporters get ad free videos before they go live on Youtube.