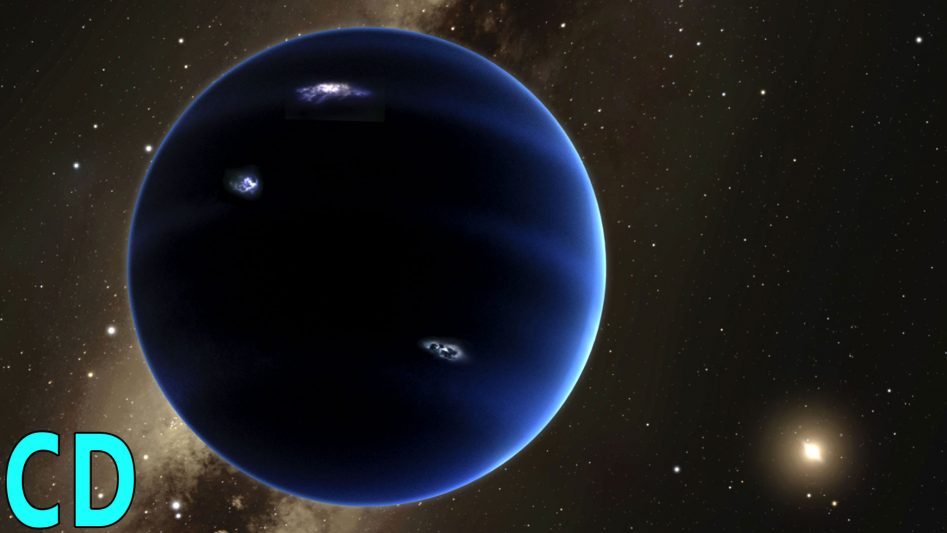 It’s the end of the world as we know it… again. In the last few weeks the tabloids and conspiracy theorists have been busy with another dire prediction that Nibiru aka Planet X and Planet 9 will trigger earthquakes, floods and generally the end of the world, this time it was meant to be on Nov 19th but as you can see we are all still here.
The problem here is that Planet X, Planet 9 and Nibiru are often used by to describe the same phenomena of the thoroughly debunked theory first put forward by Nancy Lieder in 1995 that a planet sized object, which she called Planet X and about four times the size of the earth, on a highly elliptical orbit, would past close by in 2003 and its gravitational effects would effectively destroy the Earth.

This theory has been re-spun to try and fit the end of the last cycle in the Mayan calendar in 2012 and more recently to biblical passages with its effects being said to occur on Sept 23rd 2017 and November 19th. The mysterious Nibiru which has never been seen by any serious astronomers, NASA or ESA let alone had it’s orbit plotted, has also mutated from a physics defying planet to now a brown dwarf just beyond the edge of our solar system. Again nothing has never been seen and no gravitational effects noted that match its description. If it were to be that close to the Earth we would all see it in the sky and not just in dodgy photographic anomalies or 30 year old satellite data.

But the term Planet X is a real one and was first used by the astronomer Percival Lowell in 1906 to describe a what was thought to be a missing planet which was causing irregularities seen in the orbits of Uranus and Neptune. Lowell proposed that the missing planet would be about 7 times the mass of earth and be about 43 AU or 6.4 billion km from the Sun. Although Lowell searched in vein till his death in 1916 he never found his Planet X.

The search for the missing planet resumed in 1929, when 22 year old Clyde Tombaugh joined the Lowell Observatory. Tombaugh’s job was to photograph sections of the night sky, taking two images of the same area two weeks apart and then using a blink comparator he was able to see if there was any difference between them, this would show an object moving against the star background.

After looking at about 2 million stars over one and half years, Tombaugh saw a moving object not far from the location where Lowell had predicted it should be. This new planet was called Pluto and the search for Planet X was over, or so they thought.

Barely a month had passed since Pluto was discovered when further observations cast doubt on Pluto being Planet X. Firstly they was no visible disc that would be expected when looking at a planet, secondly it was very dark, it looked more like a distant star than a planet, some thing that was very strange for an object that should be large enough to affect the orbits of Uranus and Neptune. This meant that it was either darkest planet yet discovered or it was very small. And Thirdly it was in a elliptical orbit slightly inclined against the solar plane, much more like that of a comet or asteroid.

Over the next almost 50 years, further observations and calculations downgraded Pluto’s mass from 7 times that of the Earth which Lowell had assumed to around 0.1 times that of the earth. Then in 1978 the astronomer James W. Christy observed Pluto’s moon, Charon for the first time. By measuring Charon’s orbit around Pluto, it was possible to accurately work out that Pluto was about 1/500th the mass of the earth, far too small to be Planet X.

When Voyager 2 visited Neptune in 1989, the measurements it sent back showed that was smaller in mass that was first thought. When JPL reran the ephemeris calculations on the orbits of Uranus and Neptune with the new data, the earlier discrepancies disappeared and so did the need for a Planet X to account for them.

Even just after Pluto’s discovery in the 1930’s there were calls from some astronomers that it should not be called a planet, it was just too small and in 2006 it was officially downgraded to a dwarf planet. By 2014 there had been six other objects of a similar size to pluto found in the Kuiper belt, the ring of mostly frozen debris left over from the formation of the solar system.
It was the discovery that some of these large bodies known as TNO’s or Trans-Neptunian Objects, had rather strange orbits. When looked at as a whole, nearly all of them had their orbits clustered in one direction rather than being spread out as would be expected.

By 2016, seven more TNOs had been discovered, again with most of them having similarly offset orbits. But that’s not the only odd thing in the solar system, in fact there are several more unexplained peculiarities. The first is the orbit clustering of the TNO’s, then there is the fact the orbits these and some other objects are out of the plane of the solar system with some orbiting in the opposite direction to rest of the planets. Also there is the odd fact that the plane all the major planets is tilted about 6 degrees from the equator of the sun when it you would expect it to be the same.

But if we put a new, large but as yet undiscovered planet into the computer models, these peculiarities can be quite easily explained. Astronomers have nicknamed it Planet 9, until such time that something is found and calculate it will have a mass of about 10 times that of the earth and about 4 times larger. It would be on a very large, elliptical orbit out of the plane of the solar system, taking about 20,000 years to complete one orbit.

This would also explain why we haven’t found it yet, we’ve been looking in the wrong place and it could be up 1200 AU or 180 billion km away. Its computer simulated orbit would bring it to about 200 AU or 30 billion km at it closest approach, still well out from the orbit of Neptune and a very, very, very long way from the inner planets of the solar system and earth.
We have recently been able to detect solar systems around other stars and the most common exoplanets found are ones which match the size and mass of the missing Planet 9, making our solar system look rather odd as we don’t appear to have one.

Theories are that the missing Planet 9 is most likely be an ice giant similar to Neptune that was thrown out of the solar system plane by Jupiter or Saturn or it could possibly be a planet captured from another star in the suns birth cluster shortly after the formation of the solar system.

Until it is confirmed visually, these will remain just theories, but it would plug a lot of holes in our current understanding of the solar system and reinstate a new planet into Pluto’s place. It also unfortunately gives plenty of ideas for the Nibiru believers to conflate all these pieces of information and come up with more wacko end of the world theories, so the quicker it is found the better it will be for all of us.

So thanks for watching, this episodes shirt was the Orange Tribal Trip by Madcap England and is available from atomretro.com with worldwide shipping from here in the UK.