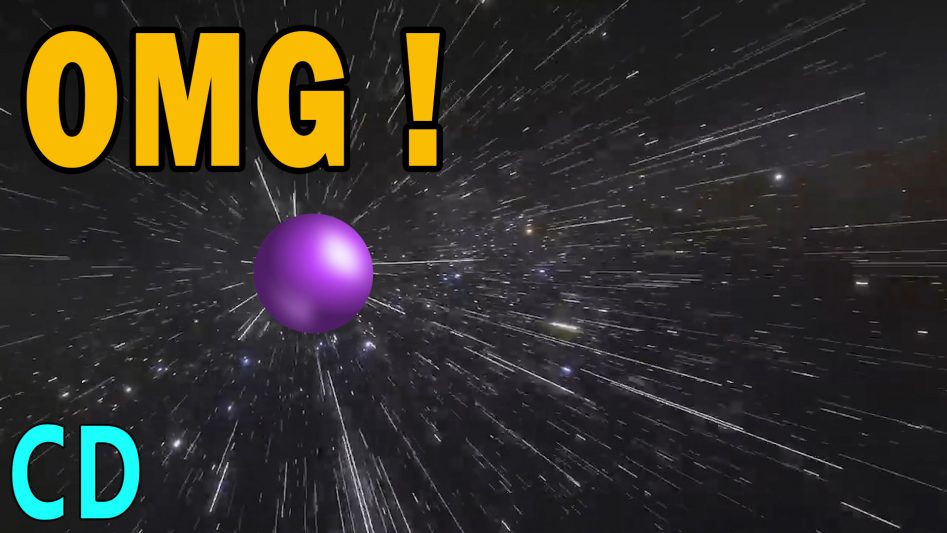 This is a Geiger counter, every click you hear is a little piece of ionizing radiation, which in this device could be alpha, beta, x-ray or gamma rays passing through it’s detector, the faster the clicks the more radiation there is.

Ionizing radiation is of particular interest because unlike lower power electromagnetic radiation like visible light, microwaves and radio waves, it can slam into atoms with enough energy to knock off electrons or break the atoms apart creating new secondary radiation in the process.

This can damage our DNA and lead to cancer but if there is enough of it, say being near an open reactor core like at Chernobyl for 10 minutes, it will rip your cells to sheds and kill you in a matter of days or less. It can also affect our modern electronics, corrupting data, causing glitches and destroying the tiny unprotected transistors in integrated circuits.

In the HBO dramatization of Chernobyl, the nuclear physicist Valery Legasov describes the neutrons released by the reactor core as being like tiny bullets, but the power of these tiny bullets varies hugely. A simple analogy would be that if weakest particles were like an airsoft gun pellet, then the most powerful would be trillions of times powerful than the biggest electromagnetic rail gun projectile.

What makes them different is the amount of energy they have and this is measured in eV or electron volts. The higher the eV the faster they travel and like a bullet, the faster it travels the more kinetic energy it will release when it hits something. A proton in the solar wind might have 10keV 104 electron volts whereas a proton from a coronal mass ejection or solar flare might be 10MeV 107 .

We can make these high energy particles in machines like the Large Hadron Collider, a particle accelerator. Protons, Ions and other particles are accelerated around a 27 km tunnel under the Swiss/French border using extremely high power magnets and then smashed into each other in head-on collisions to see what they are made and reveal the building blocks of matter. The highest energy level that has been achieved by the LHC was equivalent to 1PeV or 1015.

But out in the universe, somewhere, there are particles that have been accelerated to plainly incredible speeds by something that is more powerful than the biggest supernova.

Bearing in mind that these are most likely protons or possibly Ions, parts on the nuclei of atoms and the same as we are made of and have mass, and not massless photons that travel at the speed of light, then the speed that they are travelling at is truly astonishing.

It’s so fast that if a photon and an OMG particle got into a race it would take 250,000 years for the photon to gain a 1 cm lead.

So where could this have come from, well somewhere with incredibly intense magnetic fields to accelerate it, one candidate is an Active Galatic Nuclei or a supermassive back hole and the accretion disk of matter that surrounds it before it is drawn in.

Because our OMG particle would travel through space so close to the speed of light, the cosmic microwave background radiation left over from the big bang and which still permeates every cubic centimetre of space would be blue-shifted to gamma-ray radiation with much higher energy.

Slamming in to this energy would slow the particle down over vast distances, so the maximum distance they could have come from is believed to about 160 million light-years away, but there is nothing that we can see, that close, that is powerful enough to generate these, so its still a bit of a mystery though they do appear to be coming from the same area in the sky.

However they are also incredibly rare with 1 of these OMG particles showing up per square kilometre of space per year, only 72 have been observed since 1991 which too small a statistical sample to say where they come from.

So what would happen if one hit you, well apart from a bearly noticeable atom-sized hole, not much. But you would be showered in secondary radiation from all the atoms it interacted with on its way towards you and the same again with all the atoms inside you as it went thru, which incidentally is the same method used to radiate tumours in the body but without an OMG particle.

So thanks for watching and don’t forget to checkout some of our other videos if you get the time and please subscribe, thumbs up and share.