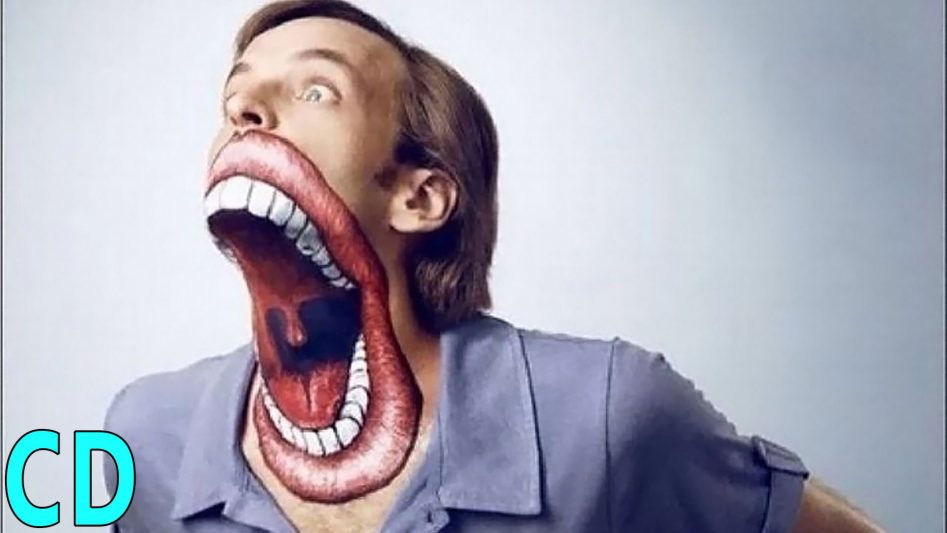 Body painting has been around for thousands of years with the use of clay and other natural pigments often in ceremonies by almost every tribe of people around the world and this has in a way has led to the modern use of cosmetics and makeup but on a more conservative scale.

Since the 1960’s there has been a revival of the body painting due in part to the changing attitudes of how we view the body in the main stream media. From fine art painting to face painting, CosPainting  and optical illusions, in this video we look at the work of 5 incredible body painting artists Craig Tracy, Chooo san,  Nikki Shelley, Kay Pike, Gesine Marwedel.

Probably the most well know artist working in the area is Craig Tracy from New Orleans in the United States.

Craig has been an artist from childhood from when he was given the freedom and encouragement to follow his passions by his parents who could be best described as working class hippies.

His early years were filled with drawings and paintings but it was when he got an airbrush from his parents for his 15th birthday, it set the way he was going to work for the next 20 years.

Craig said, that it was when he painted his first face that it really clicked with him and later he realized he’d falling in love with bodypainting, though It took him a further 5 or 6 years before he took the subject seriously.

Thought the internet, he discovered other artists that he admired and studied their work and then developed his own ideas.

This led to his first series of 15 pieces called “the nature series” which was well received and some of the piece became iconic works in their own right and Craig has become one of the leading artists in this field.

Craig often uses a combination of background images and the models themselves to create an image where the model provides the outline but otherwise almost disappears from the painting as in the tiger and leopard from the painted alive series.

What is more mind boggling is that from the age of 3, Craig has been gradually going blind with a degenerative eye condition which means he has almost no depth perception, is extremely short sighted and has an astigmatism so his vision is distorted, none of which you would believe when you see the quality of his work which is now being described as the first fine art body painting?

In a world where most of the things we see online have been digitally altered in some way or even completely digitally created.  Japanese artist Chooo San brings us body art which looks like it’s been created on a computer but is in fact all hand painted without a computer in sight.

Chooo San AKA Hikaru Cho started her drawing with doodles of eyes she drew on the back of her hands during study breaks as an art student at the Musashino Art University in Tokyo, Japan,

She became bored with all the digitally created and altered imagery and decided to see how far she could go by painting her ideas directly on real models rather than photo shopping photos of them.

The results of her body painting using just acrylic paints are not only very realistic but also rather unsettling sometimes, with misplaced eyes and mouths, zippers, laces and buttoned up body parts.

Now she is also selling products with her innovative designs on the web.

Nikki Shelley came to prominence for her face painting after gaining a large following on Facebook.

Her horror themed paintings have launched the 34 year old mum from rugby in the United Kingdom to a level of fame she never believed possible.

It all started out when she did Halloween face painting on her kids. She received a lot of complements on how good they were, so she did more for her friends and family.

In many of the designs, her own face is barely visible underneath and the detail is incredibly intricate, with sharp menacing teeth and skin flaking off.

In many of her works she against a black background which when combined with the blacked out eyes mouth and skull parts makes her look very scary, much more than the Halloween one she did for the kids.

Kay Pike uses body paint to transform her model looks to that of comic book hero’s and villain’s in what she calls cospainting, a variation on the cosplay theme.

The 28 year old model and designer has over 12,000 fans on Instagram and now  live streams her creation from start to finish which can take up to 15 hours and cost upto $150 just for the paint.

Originally a fan of dressing up for cosplay events, Kay discovered that she could use her artistic skills and transform her appearance with paint instead of clothing.

After posting the results on online she soon had thousands fans. She only started painting herself in December of 2015 and it was after she did a face paint version of “Attack On Titan”  a character with a skinless body that  It went viral and she was invited to stream painting live online, where she has been doing a body painting live steam on Twitch.tv twice a week ever since.

Although Kay has only been practising body painting for the past few months she has always been interested in art.

Kay was a fine art painter long before a she tried her hand at cospainting. She said that she’d slowly been learning how to paint herself by trial and error as It was a much more difficult medium to work on as the body paints don’t behave at all the same way as canvas paints do.

After she has finished the painting the then does a photoshoot to record it and uploads the pictures and video to the internet.

Although she is best known for her body art works, she studied “rehabilitation science” from 2005 to 2008 and finished with a Batchlor of Arts graduation. from 2009-2016 she was working as a speech- therapist.

She believes that art can be therapeutic, publishing a book on how body painting can be used as a therapy, though her full time job working as an art/creative-therapist in a center for autism-therapy.

Ferdinand Porsche – A Man ahead of His Time

Sputnik – 60 years on from the Start of the Space Race