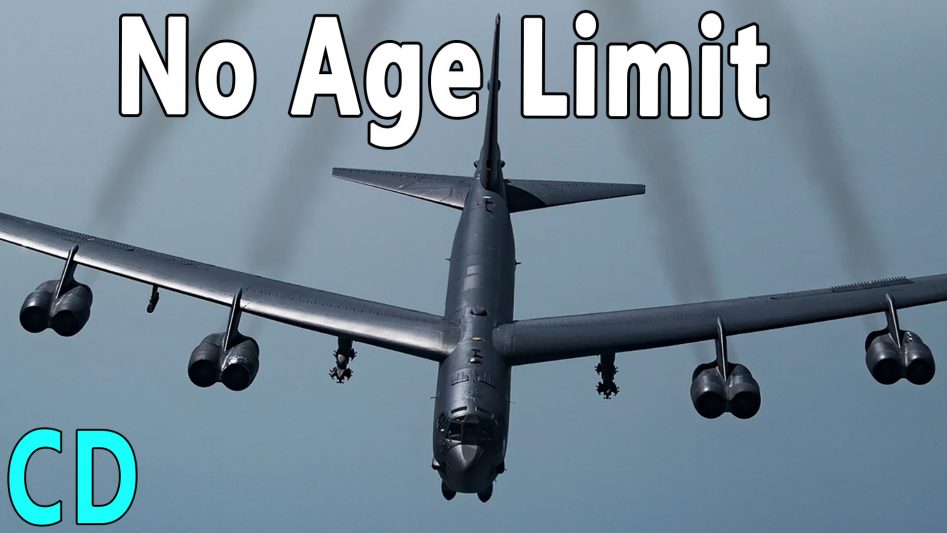 Imagine a Sopwith camel biplane which first saw service in 1917 during the first world war and then using the same aircraft in combat missions right up until the last days of the Vietnam war in 1975. That’s a service life of 58 years which also spans a massive change in aircraft technology.

Now look at the Boeing B-52 Stratofortress, aka the BUFF or Big Ugly Fat Fellow, last ones were built the same year as I was born, 1962, 58 years ago. At that age you would think it would have been retired long ago, but with ongoing upgrades, they could be in service till 2040 at a minimum and even pushing into the 2050’s and possibly beyond, that’s 100 years old. So why would they keep them in service for that long and how are they going to make a very analogue aircraft relevant in the era of digital warfare.

The USAF has gone through a lot of aircraft in its history with some coming and going within a few years and yet others like the C-130 cargo plane, the A-10 Warthog and the C-5 Galaxy, which we spoke about in the last video have been around for at least 40 years and in the case of the C-130, for 64 years but none are likely to outlast the B-52.

So what makes the B-52 so different that it should be kept going for so long?.  Why would they still use the same aircraft that was active in the Cuban missile crisis of 1962, the Vietnam war, that flew 24/7 for 8 years fully loaded with nuclear weapons around the Soviet Union, then through both Iraq wars, Afghanistan and recently against ISIS.

Pilots joke that if you flew one upside down, chicken bones from Siagon would fall out.  Some of the aircrews today are the children and even grandchildren of previous B-52 crews, its a true multi-generational plane

They also joke that once they have flown their B-1s and B-2s to the boneyard, they will fly them home again in a B-52, the irony is that it may turn out to be true.

Part of the reason is that it can still do the job it was designed for exceptionally well, to drop bombs, lots of them, of every type that is available in the US arsenal and to do that almost anywhere, air defences allowing.

Its also still a major deterrent, sending in the B-52s even if it’s just to fly around doing reconnaissance projects the power of the US military to both real and potential enemies.

Another more pressing reason is that its eventual replacement, the B-21 Raider isn’t expected to reach its initial operating capability until at least 2030, barring technical issues and cost implications which plagued earlier programs like the B-2 and F-35.

And on the issue of cost, the B-52 was bought and paid for a very long time ago with the last B-52H’s being built in 1962 and those working out at about $88 million each in today’s money.

Compare that to B-21 Raider, each one of those will cost in the region of $550 million with the total program cost including R&D at $97 Billion for what is believed to be about 135 aircraft but the final number is yet to be determined.

Updating the B-52 will be expensive but nowhere near what developing a new aircraft would be. But of course, you will still have a 1960s aircraft but with lots of new electronics and engines. The thing is that no one has ever kept a front line combat aircraft in service for what could be at least 80 years and more likely a 100 years.

Even so, there have been a lot of changes over the years since the last B-52s were built. It started out as a front line high altitude nuclear bomber but as air defences improved in the Soviet Union it took on roles more suited to its capabilities and were air defences were less sophisticated.

But the days of carpet bombing like in Vietnam and gravity dropped nuclear weapons is over, now its more about using standoff weapons like cruise missiles at a distance or where more direct bombing allows, precision-guided ordinance is used.

There are also on any given day more B-52s available for immediate action than B-1s or B-2s. Giving up the B-52 would greatly lessen the long-range bombing capabilities of the USAF, something which has diminished a lot since the end of the cold war. They have even bought back ones from the boneyard to replaced badly damaged or crashed ones in recent years.

The B-52s huge fuel capacity not only gives it a very long range of over 14,000km carrying 35 tons of bombs on one tank full, it can also be refuelled in the air giving it an almost unlimited range, engine oil allowing. That also allows it to “loiter” around at a safe distance but herein lies another problem.

The engines its uses are the Pratt & Whitney’s TF33.  Eight are used on each B-52, two of which are placed together in four engine nacelles, two on each wing.

These were developed in 1958 and manufactured up until 1985 with over 8000 being produced. The 744 B-52s accounting for nearly 6000 of them. But since then engine technology has improved greatly becoming more powerful and more efficient, so continuing to use 1950s tech engines has kept the cost of running the B-52 high in both maintenance and fuel.

One of the problems about fitting newer more powerful engines is that it could create damaging stress on the wings and airframes that won’t show up until after they are fitted.

There were no 3D computer models or stress simulators back in the 50s and even now it’s a difficult engineering balancing act to pull off matching the TF33s closely in weight and size and still giving improved performance and economy without causing the wings to fall off.  Replacing the engines and wings together would push up the costs dramatically.

There have been several attempts to re-engine the surviving aircraft, as early as the mid 70’s Boeing looked at replacing the engines and wings.

In 1982 Pratt & Whitney suggested replacing them with PW2000 engines.

In 1996 Rolls Royce proposed fitting them with RB211-535s on a lease-purchase scheme but that was rejected because the USAF was against leasing combat assets.

In 2003 and after the cost of maintaining the TF33’s had tripled in a decade, a $4.7 billion engine refitting program was looked at again with a proposed competition between the Rolls Royce RB211, Pratt & Whitney PW2000 and CFM56.

It was suggested that whichever engine was chosen, a cost-saving of $11-$15 billion could be achieved and the B-52’s range would be increased by 22% and loiter times could be tripled but this also went by the wayside.

In 2018 another engine refit program called the “Commercial Engine Re-engining Program (CERP)” was proposed and as of April 2020, Pratt & Whitney, GE and Rolls Royce were tasked with producing plans for supplying 608 new digital engines with service and spares support until 2050.   The winner to supposed to be announced in May 2021 but in the current political and financial climate, who knows what will happen.

Another reason why the B-52 is still here 60 years later is the design of the aircraft itself which has been described as both over-engineered and yet under-engineered at the same time, so what does that mean.

Even 60 years later, the condition of the remaining 76 aircraft’s overall structure has stood the test of time.  In terms of the airframe itself, its over-engineered, all the planes still in service which are the later G and H variants and still use the original airframe. To a similar extent the flight Controls, like the yokes, the seats, the wings and flight control surfaces, linkages and tail assembly are the same as when they rolled out of the factory back 1960-62.

Obviously, they are well looked after with regular maintenance and any repairs are done as deemed necessary but there is a lot of the original 1950s designed parts still there, a testament to designers to make something that would last.

However, this also a problem when it comes to sourcing parts which haven’t been made for 60 years, so visits to the boneyard and previously scrapped B-52’s are common occurrence.

So what about the under engineering, well, many planes are designed to make use of all the space available and often designed with specific equipment in mind, which sometimes was specially created for that aircraft.

In this case, although the B-52 might be cramped and uncomfortable for the crews, it had enough space and flexibility to allow for the equipment updates.

The B-52 was designed and built when the world was analogue and computers took up the size room, since then the electronics have shrunk in size the power of computers increased exponentially.

Over time upgrades have been proposed, when the General Dynamics–Grumman EF-111 Raven electronic warfare aircraft was retired in 1998, 16 of the B-52Hs were to be modified to give them additional electronic jamming capabilities but the program was then cancelled in 2005, then revived in 2007 then cut again in 2009, all down to costs.

In 2013 the airforce began a fleet-wide upgrade program called Combat Network Communications Technology (CONECT)  of the B-52s communication, computing and avionics, the first major upgrade in this area since they were built.

The cost of the CONECT program is $1.1 billion and funding has been secured for 30 aircraft with 10 per year being upgraded.

A new Raytheon active electronically scanned array radar is also being proposed similar to that used by aircraft like the F-35, giving an improved range and detecting a greater number of targets, tests of this could start in 2023.

The weapons systems are also in for an update to allow it to carry some of the airforces most advanced munitions with tests already being carried out with the hypersonic AGM-183A Air-Launched Rapid Response Weapon and the AGM-86B Long-Range Standoff Missile which could carry conventional or nuclear warheads.

The conventional Internal rotary launcher will also be upgraded to carry double the number of weapons and electronic countermeasure systems are looking like they might be upgraded to keep it in line with other aircraft. But because it’s considered to be a stand off platform and they wouldn’t be entering high threat area’s this is not as high a priority as other systems.

After all these modifications, the airforce is looking to re-designate the BUFF as the B-52J and this is likely to be the last such designation until they are finally retired.

But it’s still amazing to think that by then, the B-52 could have in service for 30 years longer than it took to go from the first flight of the Wright Brothers in 1903 to last manned mission to the moon in 1972 with Apollo 17.