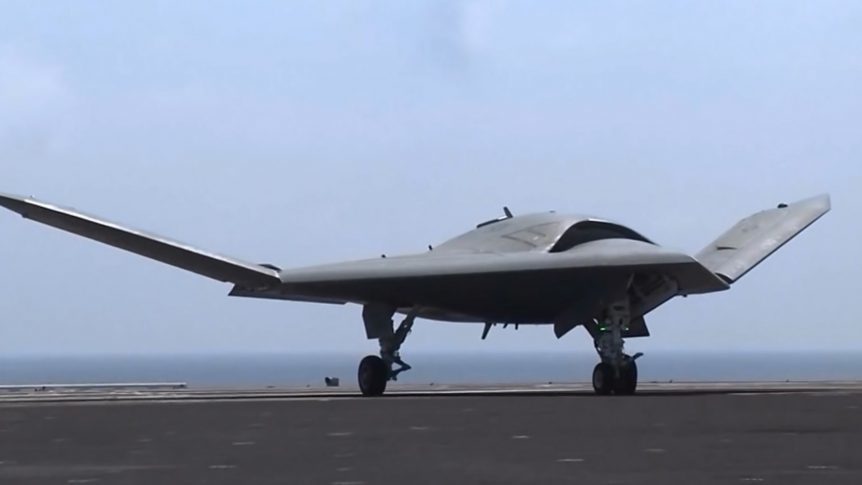 Weapons and warfare have become increasingly sophisticated; the latest battlefield technology is starting to look more like a computer game with wirelessly connected soldiers communicating via sound and vision to drones carrying satellite-linked wi-fi hotspots & given orders by commanders that could be on the of side of the world.

But the weapons of the future won’t need soldiers or commanders to operate them because they will make the decision of what or whom to target themselves using Artificial intelligence.

The pentagon is spending billions on developing a new generation of Lethal Autonomous Weapons (LAWS) like robotic fighter Jets, missiles that decide what to attack and ships that hunt enemy submarines.

For now, remote weapons like UAV’s or Unmanned Aerial Vehicles are directed by humans from the safety of cubicles often hundreds or thousands of miles away from the conflict zone and as such, any decision to use lethal force is made by a person.

But before we start thinking Skynet is going to take over and we’ll have terminators roaming around, we are still a long way from the Hollywood version of AI. Athough We have seen the latest generation of robots like the Boston Dynamics Atlas and its uncannily ability for walk and move like a human, we  won’t be seeing an army of robotic soldiers any time soon.

Whilst we think of AI being used with the latest hardware, The USAF is working on using older aircraft refitted with autonomous controls. The project called “Loyal Wingman” sees retired F-16’s reused and with enough autonomy so that they could be fly alongside the latest F-35’s and take cues from the human pilot in another aircraft just as a real human wingman would, and probably before driverless cars will be on public roads.

Autonomous missiles are an area which is already in use with systems like the British “fire and forget” Brimstone missiles. Once it has been primed with target information it can work on its own to select the best target and co-operate with up 24 other missiles to coordinate a staggered attack against swarms of enemy vehicles or boats, if it can’t find a target it will self-destruct.

Drones are the other big area for Military AI. The Israel Aerospace Industries HAROP is a small anti-radiation drone, which is also called the “suicide drone”. This can stay airborne above a battle area for up to 6 hours looking for a specific radio transmission like a RADAR sources or enemy air defense systems, but could in theory look for things like specific mobile phones, the HAROP will then home in on the signal and deliberately crash in to and destroy its target with it on board war head.

Meanwhile, DARPA, the military research arm of the Pentagon has also unveiled the “Sea Hunter”, an autonomous surface vessel that is designed stay at sea for months and track even the quietest submarines anywhere in the world. Because it is designed not to have any human crew during its operation, it must navigate busy shipping lanes and interact with an intelligent human adversary by its self then communicate its data back to its control center or take the appropriate action if it were to be armed.

Though these systems can work in an Autonomous mode, the new generation of AI weapons will take this to the next stage, instead of being shown a target or partially remotely controlled, these new weapons will go and look for targets and decide whether or not to destroy them without any human intervention.

Recently DARPA showed a system using a drone that could bought from Amazon but with new AI software it becomes a robot that can then hunt and identify armed men with AK47’s in a mockup of a middle eastern village at a military testing range in the US, it was even capable of finding armed men when they are in the shadows. If it were to be and armed like the HAROP or be able guide a missile to the target it could become a formidable hunting system.

This sort of thing was once the preserve of Hollywood but it will be controlling the future autonomous weapon with in years rather than decades. These new weapons would can offer unmatched speed and precision over any human controlled system and is being called biggest step change since the creation of Gunpowder and Nuclear weapons.

Although this technology will give the edge to the US and their allies, that may be short lived as others are investing heavily in this area and Unlike the development of the atomic bomb that required technologies that were very difficult to create, this is mostly software driven which can be a lot easier to develop given the programming resources.

Once this has been done they could be cheaply mass produced by any significant military power, which also means that it could easily find their way into the hands of rouge states or extremists.

Aerial vehicles like drones, UVA’a and missiles will be the first to use this but already there are calls for such weapons to be banned because of the problems over their ethical and legal position. If an Autonomous Weapon committed a war crime who would be responsible if no human made the decision.

Some say that Lethal Autonomous Weapons will decrease casualties because they can be programmed to follow the rules of engagement rigorously and analyze the situation logically. They don’t have emotions, don’t get tired, stressed or distracted like a human combatant could and there for are less likely to make mistakes and kill civilians.

Whatever your views you may have on it, there is an inexorable drive for AI in the military and the rise of the robots has already started.

Is hydrogen the future of flight?