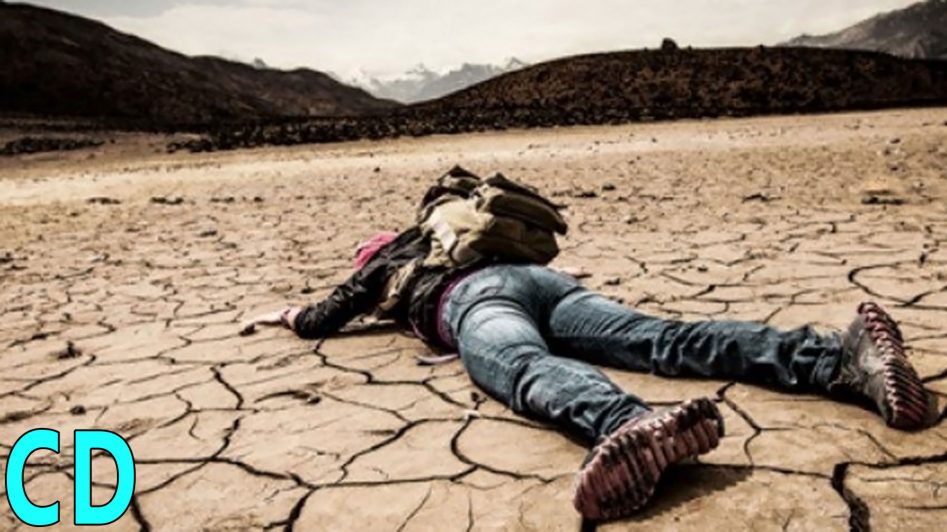 Wenseslao Moguel was a Mexican who was captured on the 18th March 1915 after being suspected of taking part in the Mexican revolution.

He was summarily sentenced to death by firing squad without trial. He was shot by 8 times in the body, then once shot in the head at point blank range by the commanding officer to guarantee his death, or so it seemed.

There are differing stories as to how he survived. Some say he was found alive but unconscious amongst the bodies of the others that had been executed and given medical attention to recover.

Others say he managed to crawl away to a church a few blocks away where is was found by a church member,who took him home and looked after him until he was well again.

One thing is for sure and that is that he went on to live a full life until his death in 1975 at the age of 85.

His remarkable story was brought to the world on July 16th 1937 when he appeared on Ripley’s believe it or not radio show on NBC with the founder Robert Ripley.

The Woman Who Fell to Earth.

On Christmas eve 1971, 17 year old Juliane Koepcke boarded Lansa flight 508 bound from Lima in Peru to Pucallpa also in Peru with her mother Maria Koepcke. They were returning for Christmas to her see her father Hans-Willhelm Koepcke at the nature reserve he had founded a few years earlier.

The plane, a Lockheed Electra turboprop, took off and about 40 minutes in to the flight entered a violent thunderstorm.

Juliane Koepcke said that there was a lot of turbulence and lightning, after about 20 minutes the plane was struck by lightning which set fire to the to the right hand engine.

The Lockheed turboprop wasn’t built to fly in strong turbulence and due to its very rigid wings, shortly after the lightning strike the right-hand wing and part of the left wing broke away from the plane. The plane then broke in two.

Juliane who was strapped to the bench seat found herself falling from the plane at a height of about 10,000ft.

She said she remembered seeing the rain forest canopy approaching before she lost consciousness and then woke up in the next day in the forest.

Although she had a broken collarbone and deep cuts on her arms and legs, she was, after a period of time able to move around. Initially she was looking for her mother and while doing this found a bag of candy from the plane, which would be her only food for the next 10 days.

Her father had taught her survival skills and had said that if you get lost follow a river down steam and you find people.

During her journey she found the bodies of three other passengers still strapped in to their seat buried head first in the forest floor.

After several more days she found a boat and a small hut by the river used by lumbermen, She fell asleep in the hut and awoke to the sounds of voices. The men were startled by the sight of a white skinned Blonde girl in the hut and thought she was a water spirit.

She managed to tell them in Spanish what had happened and they took her to a lumber village down river.

From there a local pilot volunteered to take her to a hospital in Pucullpa run by missionaries where she was reunited with her father. He went on to then help the search parties locate the crash site.

It was found later that up 14 of the passengers had survived the crash and fall to the forest including her mother Maria. However they had all died over the following days waiting to be rescued due to the severity of their injuries.

When it come to the great explorers of the Antarctic, most people will think of Scott, Shackleton and Amundsen. But one of the most amazing survival stories comes from the Australian explorer Douglas Mawson.

Mawson set off on his expedition at the end of 1911 when Scott and Amundsen were racing to the south pole, in fact Scott had asked Mawson to join him on his ill-fated Terra Nova expedition but he turned it down to lead his own expedition to map an unexplored area of the Antarctic continent.

Mawson had worked as a geologist with Scott’s rival Shackleton between 1908 and 1909.

The expedition stayed thru the Antarctic winter of 1911 in a camp at Cape Denison, which Mawson descibed as the windiest place on earth where the average wind speed is 50mph and gusts of up to 200mph.

When the three man team of Douglas Mawson, Xavier Mertz and Lieutenant Belgrave Ninnis started, they had five weeks of excellent progress.

However the first disaster struck Whilst crossing the Ninnis glacier, mawson was on the sledge, with mertz on skies and ninnis jogging alongside the second sled. Ninnis fell through a snow bridge into an unseen deep crevasse.

The parties six best dogs, most of the rations, their tent, and other essential supplies fell into the massive crevasse.

Mertz and Mawson spotted one dead and one injured dog on a ledge 165 ft below them, but Ninnis was never seen again.

After a brief service, Mawson and Mertz turned back immediately and with just one weeks provisions for a four week journey, for two men and no dog food for the Husky’s they were forced to sacrifice the remaining sled dogs to feed themselves and the other dogs. This ironically only made things worse.

The men’s condition quickly worsened, with Mertz, once a champion skier rapidly deteriorating with skin, hair, and nail loss, diarrhoea and finally madness.

Mertz suffered further seizures before falling into a coma and dying on 8th January 1913. What wasn’t know at the time, was that husky liver contains very high levels of vitamin A which affected both men adversely but Mertz more because he ate more of the livers.

Mawson continued for the final 100 miles but he too fell though the lid of a crevasse but was saved by the harness attached to his sled which had wedged in the ice above him.

Though weak and frost bitten, he managed to climb out of the crevasse and finally made it back to cape Denison, only to find he was 2 hours late for the boat which had set off after thinking the men were lost.

Six men had stayed to look for the missing party, so Mawson was forced to stay a second winter until the ship could return in the following spring.

Mawson returned to Australia and years later was knighted and went on to lead other Antarctic expeditions, He died at the age of 76 in 1958.

The 28th July 1945 was meant to be the last day for Betty Lou Oliver at her job as an elevator operator at the Empire state building but it turned out to be almost her last day on earth.

However, she also turned out to be probably the luckiest person on earth that day.

That Saturday morning, William Franklin Smith, Jr., was piloting a B-25 bomber on a routine personnel transport mission from Bedford Army Air Field to Newark Airport, New Jersey, when he became disorientated in thick fog and turned left instead of right when passed the Chrysler building.

At 9:40am the plane crashed in to the north side of the empire state building between the 78th and 80th floors. The impact created an 18 x 20 foot hole in the building and the force of the crash sent one engine clean though the building and out of the south side before landing on the next block 900 feet below.

The other engine and part of the landing gear broke in to an elevator shaft and fell the bottom.

14 people including three people on the plane were killed and the elevator operator Betty Lou Oliver was seriously injured.

The resultant fire took 40 mins to bring under control and to this day remains the only fire to occur in a building at this height to have been successfully brought under control.

When the rescuers reached Betty, they put her in to the elevator to get to medical help but what they didn’t know was that the engine that had gone down the lift shaft had cut many of the cables so when the doors shut, the elevator car plunged 75 story’s, approximately 1000 feet to the bottom of the lift shaft in a sub-basement.

The lift was saved from a sudden and devastating stop by the huge coils of cable at the bottom of the shaft which fallen after being cut by the engine.

Betty survived the fall but had to be cut from the wreckage and despite have a broken back and legs  She recovered fully from her double escape from death within 8 months and went on to have 3 children and 7 grandchildren. She died on 24th November 1999 at the age of 74.

Lost in the Pacific For 9 Months.

On the of October 28th 2005, three fishermen, Jesus Vidana, Lucio Rendón and Salvador Ordóñez set sail from the Mexican port of San Blas, Nayarit, to catch sharks in a 28-foot fiberglass boat.

This should have been a routine fishing trip but it turned out be one of the longest survival story’s for anyone being lost at sea.

On the way the boat had mechanical problems and was caught in strong winds which blew them in to the path of the Northern Equatorial Current which crosses the Pacific Ocean from Mexico to the Philippines.

The boat had no radio so they couldn’t call for help and they soon found themselves drifting out into the Pacific Ocean in a boat without hot food, sunscreen or a bathroom or engines.

Although there were three men on the boat, it turned out there were originally five men. The boat owner and another man had hired the three fishermen for the fishing trip but some think that they picking up drugs, something that the three survivors vehemently denied.

Vidana said that after they realized they couldn’t get back the fashioned a sail out of blankets and were blown along by the wind and current westwards.

They were eventually picked up by a Taiwanese tuna fishing vessel on August 9th 2006, over 9 months later near the Mashall Islands approximately 5,500 miles from where they started on the other side of the Pacific Ocean.

They said that they survived by catching fish, turtles and seabirds which they ate raw and as it rained almost every day they had fresh water to drink.

The three survivors said that the two men that hired them including the boat owner couldn’t eat the raw food and had starved to death a couple of months in to the journey.

When the men were rescued they were very thin and hungry and suffering from exposure to the sun and salt water but otherwise healthy.

They returned to Mexico as heroes and were reunited with their families. After a period of recovery and undaunted by their ordeal they returned to the lives as shark fishermen.