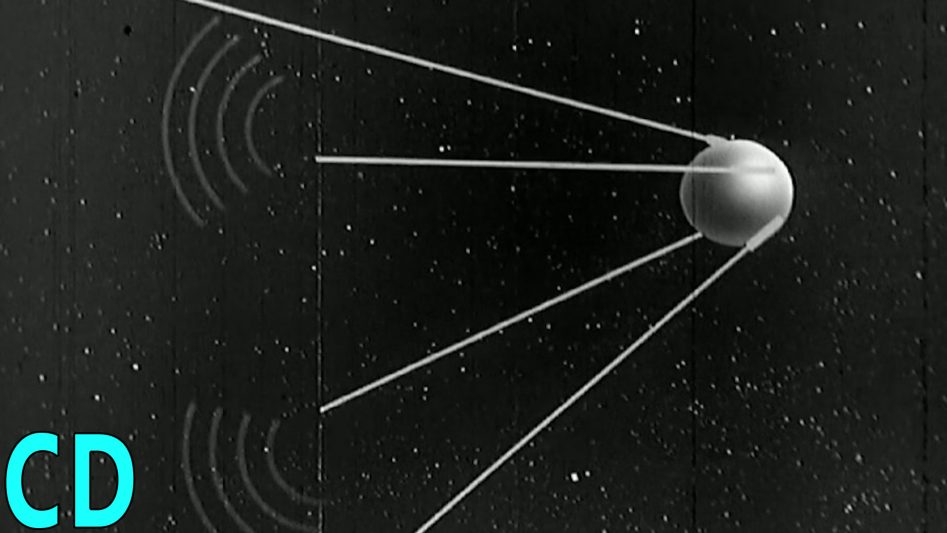 That simple little beep, beep, beep was the sound that started the Space Race. It was heard for the first time 60 years ago, when, on October 4, 1957, the Soviet Union launched Sputnik 1 into a low Earth orbit. It was only a metal ball, 22 inches or about 56 centimetres in diameter, with four antennae sticking out of it – but it had an impact far greater than its size. In fact, it changed the course of human history.

The idea of a satellite was first raised in an engineering memo written by Mikhail Tikhonravov in 1954 whilst his former boss the Soviet space programmes chief, Sergei Korolev was working on what would be become the worlds first ICBM the R-7. Tikhonravov thought that if the missile could carry a nuclear warhead through space on its journey from one side of the planet to another it could launch a satellite into orbit too.

Korolev immediately saw the potential and pitched the idea the minister of defence, Dmitry Ustinov and on January 30th, 1956 a governmental resolution was issued calling for the production of an unoriented satellite (Object D), weighing 1,000 to 1,400 kilograms containing scientific-research equipment weighing 200 to 300kg.

However, it wasn’t just the Soviets that were looking to place a satellite in space. In the US In 1955, American president Dwight D Eisenhower pledged that his country would launch a satellite during International Geophysical Year, which was to run from July 1957 to December 1958.

Shortly after the start of the Soviet project, test firings of the R-7 showed that it was not generating as much thrust as was first thought and this meant whilst it was OK for warhead delivery, it might not be enough to launch the 1000kg -plus Object D into orbit.

In order to launch quickly, they had no option but to build a much cut down version called the prosteyshiy sputnik or “simplest satellite,” the simple metal sphere we know today, weighing in at 83 kilograms. Inside the spherical heat shield was a sphere pressurized with nitrogen, two radio transmitters, three silver-zinc batteries and a ventilation fan.

Sputnik was launched on October 4th from the Tyuratam rocket range, now known as Baikonur Cosmodrome, in the Kazakh Republic. It was delivered into an elliptical orbit with a maximum height of 900 kilometres above the Earth and began orbiting every 96.2 minutes, travelling at a speed of 29,000 kilometres and hour and transmitting on two radio frequencies – 20.005 Megahertz and 40.002 Megahertz.

Boris Chertok, Academic and one of the senior designers of the later Yuri Guagarin flight stated that there is a common misconception that the shiny sphere of Sputnik was just about visible to the naked eye and easily seen through binoculars but in fact that what people were seeing was the second stage of the R-7 rocket which was in the same orbit, Sputnik was just too small to be seen. In fact, it had already flown over the United States twice, undetected, before the Soviet news agency TASS confirmed its existence to the world.

Everyone with the right radio equipment could hear Sputnik’s beeps. And although that’s all the satellite actually did, scientists were able to measure the distortion of the signal, allowing them to make the first accurate measurements of the upper atmosphere’s density, and gather early information about the Earth’s ionosphere.

But the satellite was much more than just a bleeping sphere. Its impact was instant, and global – an event known as the “Sputnik moment.” In the United States, the response was described as hysterical. Americans had relaxed in the belief that they were technologically more advanced than their Cold War enemies behind the Iron Curtain. Suddenly they believed that they weren’t.

They believed that their country was falling behind the Soviet Union, that superior weaponry was `about to be put into space, and that they might not stand any chance of catching up. Many people recalled Soviet leader Nikita Khrushchev’s words of 1956 when he told those outside his country: “We will bury you.” He continually claimed he hadn’t meant it the way it was reported, but worried Americans weren’t listening as the beeps from his spacecraft drowned out sensible thought.

Eisenhower tried to placate his nation by saying: “So far as the satellite itself is concerned, that does not raise my apprehensions, not one iota.” But he had to accept that the US needed to face three stark facts – that the USSR had dominance in space, that the United States’ prestige and leadership were at stake, and that the Soviets could potentially achieve superior military capability. He made those points while American scientists grappled with the fact that, even though Sputnik was less than a tenth of the mass of Object-D, it was still over eight times more massive than the satellite they had been planning to send up.
The very public televised failure of the America’s first satellite attempt in December of 1957 of the Vanguard TV3 only heightened the public’s perception that the US was lagging well behind the Soviets.

Boris Chertok said that at the time the Soviets had about the 3 year lead on the US, something that showed up again and again until the time of first spacewalk by Alexi Leonov in 1965 by which time the American space program would overtake the Soviets with Gemini and Apollo.

Eisenhower asked his countrymen to react with “resourcefulness and vigour.” His administration led the charge by moving to shut down the National Advisory Committee for Aeronautics, and replacing it with NASA on October 1, 1958. NASA opened with an annual budget the equivalent in today’s money of $730 million dollars – compared to $18bn today and at its peak in 1965 the equivalent of $44Bn, over 4% of the federal budget.

The US government also passed the National Defense Education Act into law, encouraging young people to study physics and mathematics, so they could contribute to the space race – as a response to concerns that Soviet children were out-learning American ones.

Sputnik itself continued beeping until its batteries died 22 days after launch. It remained in orbit until January 4, 1958, and burned up on re-entry after completing 1440 orbits and travelling 70 million kilometers.
By that time the Space Race was already at full pelt, although the USA didn’t successfully put a vehicle in orbit until January 31, when the Explorer 1 mission succeeded. By the end of the decade the score stood at 10 successful flights for the USA and 6 successes for the USSR – and while the Americans reported 16 failures, the Soviets never announced anything unless the mission succeeded. They’d scored another first when Luna 2 became the first spacecraft to make contact with the Moon.

Sputnik changed everything. Along with launching the Space Race it opened a new chapter in the Cold War. And while it gave the people of Earth new things to worry about, it also gave us new things to wonder about – a new direction to go exploring in. That wonder, along with politics and propaganda, led President John F Kennedy to make his “We Choose to Go to The Moon” speech on September 12, 1962, and to Neil Armstrong setting foot on Earth’s only natural satellite on July 20, 1969, just 7 years later. Without the sputnik “shock”, many experts believe that it might have taken much longer for men from any country to reach and walk on the moon.

And while the Cold War continued for another 34 years, filling superpower arsenals with hundreds of ICBMs and presenting the terror of the Star Wars space weapons programme, the “Sputnik moment” and its international reaction also led to the acceleration of technological developments and inspired a generation engineers and scientists.

Space exploration, global communications, plus analysis of our planet’s past, present and future all benefited from those little beeps. The US space programme’s most recent top-line aims are to send humans to visit an asteroid by 2025, and put a human on Mars during the 2030’s. Whether those aims will be achieved, of course, remains to be seen.
But they are the latest echo of the beeps heard around the world, from a small metal sphere, 60 years ago.