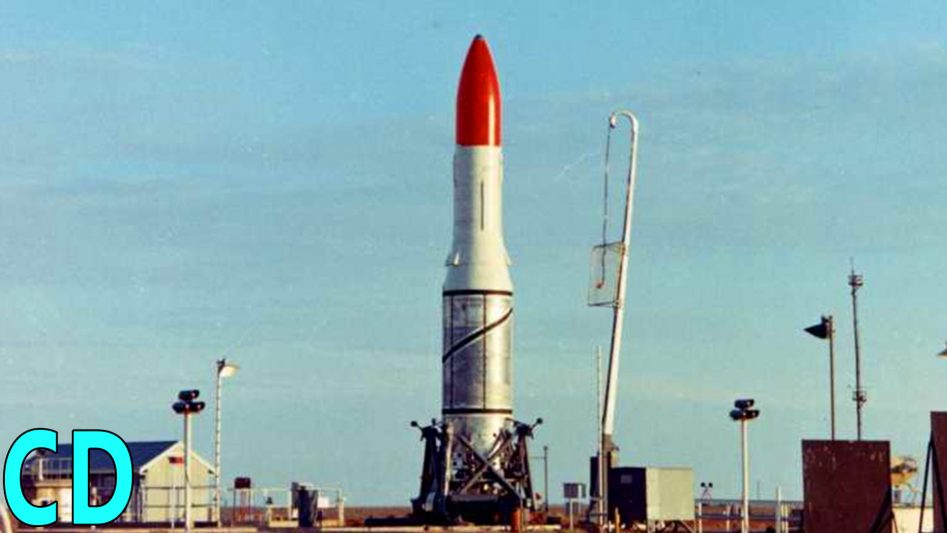 Although it may seem as though it was just a two horse race between the USA and USSR. From the mid-1960s, a small club of nations one by one gained the ability to independently launch satellites using their own rockets and in chronological order, they were the Soviet Union, United States, France, Japan, China and the United Kingdom.

Whilst the Americans & Soviets threw billions of dollars & Rubels and the power of the state at the problem of space, the British after the second world war, were almost bankrupt and shadows of their former industrial might but they still had the brains and wanted a seat at the top table of the new world order. The price of entry to this exclusive club was a nuclear deterrent.  As the US government refused to share information about the atomic bomb, on which many top British scientists had worked to develop, Britain knew it would have to develop its own bomb and missile delivery system to match that of the Soviets and keep up with the US.

Britain’s heavy missile, ‘Blue Streak’ had been in slow development between 1955 and 1960, but costs overran alongside growing scepticism from the British government. Two years later, the Nassau Agreement between British Prime Minister Harold Macmillan and John F. Kennedy confirmed the sale of American Polaris missiles instead, as Britain’s ICBM launch system.

Rather than waste the millions of pounds and years of development that went into home-grown rocket technology, the British government approved the development of ‘Blue Streak’ into a satellite launcher called ‘Black Prince’. However, the cost would be significant, and neither the UK government nor any member of the Commonwealth would help fund the program.

With the risk of ‘Blue Streak’ going unused, British Aviation Minister Peter Thorneycroft approached the French government in 1960, and offered the rocket as Britain’s contribution to the new ‘European Launcher Development Organisation’ or ELDO. ‘Blue Streak’ would serve as the lower stage of a joint satellite launch system called ‘Europa’.

Britain’s rocket engineers were back in business, and ‘Blue Streak’ began testing in 1964, at Woomera, South Australia. The remote test site covered a vast area: over 47,000 square miles, or 122,000 square kilometres, over half the area of Britain. ‘Blue Streak’ flew ten times from Woomera until 1970, but in 1971, after a failed launch and review, the rocket was retired, to be replaced with the French ‘Ariane’ design.

But Britain’s dream of an independent orbital capability was not forgotten. Some hoped that Woomera would grow to become a Commonwealth Space Port, perhaps one day launching joint UK-Australian missions to the Moon and beyond.

Back in Britain, the engineering firms Saunders-Roe (later Westland) and Bristol Siddeley (bought by Rolls-Royce in 1968) still had contracts to develop a smaller launcher, that would be compatible with the ELDO lower stage. The project was named ‘BLACK ARROW’, following the Ministry of Supply convention of ‘Rainbow Codes’, assigning a colour and a noun for research programmes. ‘BLACK ARROW’ would be as much a technical demonstrator to show the viability of the HTP/kerosene powered engines developed for Black Knight as it was a potential commercial launch system.

The rocket would burn 85% High-Test Peroxide (HTP) and kerosene on two lower stages, something the British had perfected, and use a Solid Fuel third stage to deliver a small satellite to orbit.  HTP was originally developed by the Germans in WWII for bipropellant rockets like the Walter HWK 509 in the Messerschmitt Me 163.

High-Test Peroxide is the same as people use to bleach hair blonde but instead of the 2-4% concentration for hair bleach, HTP is between 70 to 98%. Although not as reactive as some of the other oxidizers like Hydrazine, it is one of the easiest to handle, it doesn’t give off poisonous fumes and if spilt it can washed away with a hose and water but it will still set fire or explode anything organic it touches and liable to spontaneous combustion at temperatures above 150 Celsius.

‘Black Arrow’ played to British strengths. HTP fuel technology had already been developed in experimental British submarines and torpedoes. The fuel also has the advantage of not requiring cryogenic storage and all the extra handling and insulation that goes with it, very convenient for launches in the hot Australian desert.

It is also energy dense, liquid hydrogen takes up 17 times the volume for the same given weight. This makes an HTP rocket much smaller and cheaper to make.  As a bi-propellant fuel mixture, HTP is hypergolic, meaning that it ignites on contact with kerosene when decomposed in the engine, removing a potential point of failure, namely the ignition of the fuel and will ignite in space where there is no oxygen. It also produced a very clean exhaust plume

Static firing tests took place at High Down on the Isle of Wight, where Saunders-Roe were based. From there, the rocket was shipped to Woomera Rocket range, for the first demonstration flight on the 27th June 1969.

Codenamed ‘R0’, the first launch carried a dummy payload: but on launch, some of the engine vectoring nozzles started to rock back and forth causing the rocket to go into a roll oscillation,  It reached 9,000 feet before it was destroyed by range safety. The second test launch (‘R1’) was almost a year later, on March 4th 1970. For the first time, the fairing was painted bright red for visibility, earning Black Arrow the nickname, ‘the lipstick rocket’. This time the first and second stages worked exactly as planned.

On 2nd September 1970, Black Arrow had its first chance to deliver a working satellite into orbit: ‘R2’ would carry the ‘Orba’ satellite. Built from spare parts due to the project’s shoestring budget, Orba was a 13 kilogram (29lbs) sphere, containing an instrument to measure atmospheric density as its orbit decayed. However, during launch the second stage shut down thirteen seconds early, and ‘Orba’ burned up on re-entry.

Black Arrow would have to wait another year for its next launch. The ‘R3’ rocket carried a satellite that was to be named ‘Puck’ after the nimble ‘wanderer of the night’ in the Shakespeare play A Midsummer Night’s Dream. It weighed 66 kilograms or 146lbs, and was designed to test a variety of satellite systems and detect micrometeorites in low orbit.

But as the ‘R3’ rocket was en-route to Australia, the British government announced the surprise cancellation of the Black Arrow project, for so-called ‘economic reasons’. But behind the scenes, there were other issues. NASA had offered use of their ‘Scout’ launcher for future satellites almost for free, though this offer was later withdrawn after the cancellation of the Black Arrow and the ‘R2’ failure had sowed doubt regarding ‘Black Arrow’s reliability. The lack of resources and infrequent testing slowed development to a crawl. Also, there was little in the way of commercial prospects. In 1971, there was no satellite business as we know it now. It was too small to launch for many of the large satellites of the day and the miniaturisation of the electronics still had many years to go before commercial satellites would be small enough to make use the Black Arrow.

Also to it seems in order to placate the French with their own Diamant launcher, later to become Ariane, the British prime minister Edward Heath, in secret talks offered to cancel the Black Arrow project after the UK joined the common market. Suggesting that neither the UK nor the French had any further use for Black Arrow and effectively removing any European competition for the French launch system.

On being told that this would be the last launch, the team changed the name of the satellite from ‘Puck’ to ‘Prospero’, another character from Shakespeare: this time, the sorcerer in The Tempest, who gave up his magical powers, a typically understated British repost to the government of the day.

‘Black Arrow’ took off for the last time on October 28, 1971, and made it orbit with a textbook launch. As ‘Prospero’ was released, the solid-fuel third stage bumped and damaged one of the four communication antennae. However, the satellite functioned as intended, and remained in radio contact with the British tracking station in Lasham, Hampshire until 1996, when its mission was officially concluded.

R4, the final Black arrow and backup for the R3 was never flown. It and a spare Prospero satellite are now preserved at the science museum in London. The X4 satellite that was due to be launched on R4 was put into orbit by an American Scout D-1 rocket in March 1974 from the Vandenberg Air Force Base, California.

The Black Arrow was ahead of its time. If the government had decided to continue much like the French did, it would have been well placed for the launch of the later smaller satellites as the communications industry grew and would have kept Britain in the space race.

Since 2000 the government has looked at resurrecting the program but too many of the original personal with the expertise have died and the facilities dismantled, whether anything in near future will a arise remains to be seen.

Ultimately, Black Arrow was one of the most economical launch systems ever developed. Because the system used technology developed for the earlier Black knight, the total cost of the Black arrow program including research and operations was just £10 million, equivalent to around £65 million today, Just a little more than NASA pays for one seat on a Russian Soyuz to the ISS.

And as for ‘Prospero’, it is expected to orbit until around 2070, when it will fall back to Earth to end its hundred-year journey.

So thanks for watching, I just like to say this episodes shirt was the Penny Dot Lane in purple by Madcap England and is available at AtomRetro.com with worldwide shipping from the UK.

Can We Save Hubble and Where is the James Webb Space Telescope?