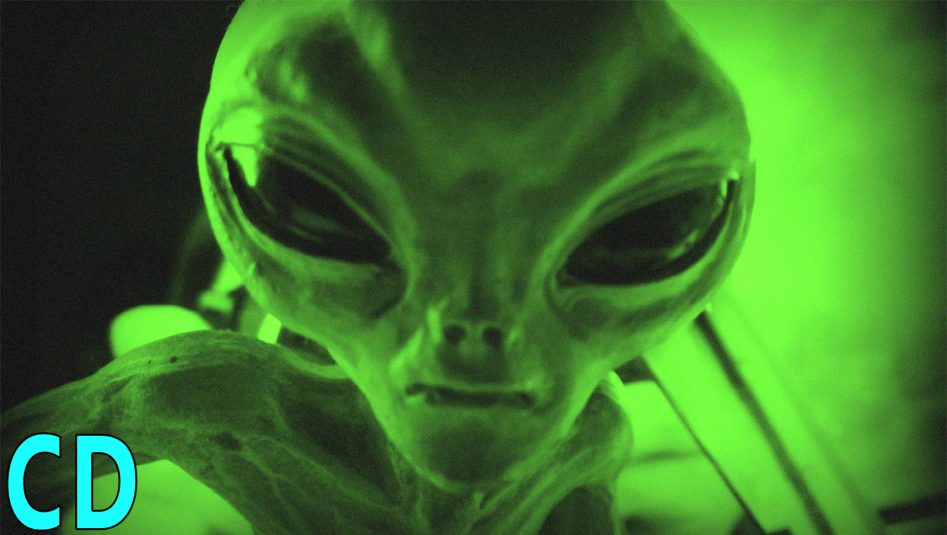 One of the biggest questions and indeed paradoxes that man has pondered on is the fermi paradox.

This is, that despite there being billions of other stars with earth like planets out there, where are the signs of life from all the other alien civilisations that should statistically exist. So far we have found nothing to prove that intelligent life exists anywhere else other than here on Earth.

In this video we’ll look at 5 reason why we can’t find any aliens.

Earth Isn’t As special As We like to Think

We humans do tend to hold ourselves in high regard when it come to the rest of the Cosmos. For thousands of years we believed that we and earth, were at the centre of the universe and everything revolved around us including the sun and the stars.

We now know that our sun is just one of billions of very similar stars and earth is a planet that is not that special.

We often think that aliens would want to come to our home planet for our resources, the water, minerals, possibly the life that exists here and maybe to communicate with us humans.

But if an alien race is capable of travelling and communicating across light years of space and would be 1000’s or millions of years ahead of us in their development, they will also have figured out long ago that all the elements that make up the earth are readily available all across the galaxy.

They will already have the advanced technologies required to get around, so it would highly unlikely they would find anything here which they had not already got or know about and our technology would look like the stone age in comparison.

There are countless number of planets and moons let alone the asteroids and comets out there have no life on them, so they could use them in whatever way they wanted without having to put up with, getting rid of the indigenous population.

Even if they have found a way to travel at light speed, it would still take over 26,000 light years just to get from the centre of our galaxy to where we are, so the odds are that it’s just not worth the effort to come here for purely the resources or to talk to us.

They’ve Moved Out Of The Universe

One reason why we have not seen an evidence of advanced civilizations is that they have evolved out of this universe to another or into another dimension.

According to futurist John Smart’s Transcension Hypothesis, intelligent alien life once existed in our universe, yet it became so advanced that it moved on the sub atomic scale or inner space rather than outer space.

Whilst this may sound like something from the pages of a sci-fi novel as lot of thought has been put in to it.

To supporters of the Transcension theory, intelligent life evolves in much the same way that our technology has evolved. Which is to constantly work towards a denser, more efficient use of space, time, energy, and matter or STEM compression as they call it.  Just like computers have become more powerful and yet much smaller and efficient.

If you take this to its logical conclusion and we transfer ourselves to an electronic version, we would end up existing and operating at the nano-scale until we become so small that we create and exist in a black hole outside of space and time.

To Smart and other believers in this theory, black holes are the ultimate destination. They allow for ideal computing and learning, time travel, energy harvesting, and more because they offer infinite density of all these thing and are outside of the laws of physics that we know of.

If Other cosmic beings have succeeded at this then there would be no signals as such for us to receive and Based on Moore’s Law that computing power doubles every two years, these beings would likely reach transcendence before exploring the cosmos.

This is the rare earth theory that basically states that for the earth to form in just the right place with just the right conditions for life to thrive like it does, is so rare that we could indeed be the only advanced civilization out there.

Even if there are other advanced species then they too would be in a similar situation and as such would be so few and far between that contact between us and them would be highly improbable.

One of the major factors that makes Earth so well suited for life is the long period of relatively stable climatic conditions for hundreds of millions of years.

This is due to the Earths unique orbit and position. If our precise distance from the Sun and Moon were different then Earth would likely be too hot or cold, have too little oxygen, and would be too unstable to support complex life beyond bacteria.

Another factor is that our solar system has the gas giants of Saturn and in particular Jupiter which act like a giant magnets attracting many of the larger asteroids away from Earth’s orbit, as a hit from one of those, could quite easily wipe out most of life on our planet as we know it, as it did for the Dinosaurs.

Although this idea was put forward 15 years ago before the recent discovery of earth like planets around other stars the proponents of this theory are still confident that the odds of these newly discovered worlds having advanced life like us is exceeding low.

We are unable to Recognize Alien communications

There is also the fact that just because aliens may come from an earth like planet, doesn’t mean that they would evolve like life on earth.

This could mean that even if we picked up a signal we might not recognize it for what it is. Just think of the difference between us and bats. Bats use sound to see where they are going, we use light, the same could be for us and aliens that use totally different senses.

We use a basic method of radio communication and expect that others would do the same. But for communications across the vastness of space this a slow method if you want to have a chat without having to wait the potentially hundreds, thousands of years to get a reply just from our side of the galaxy.

The average age of most earth like planets in our galaxy is about 1 billion years older than the earth. So just assuming they took the same amount of time to develop as us, it would have allowed aliens to have evolved into advanced civilizations whilst life on earth was just becoming multi-cellular.

This billion-year head start means that Highly advanced races could use methods of communication which would be undetectable with our current technology such as neutrinos or gravity waves or use methods which are aspects of reality which we cannot yet comprehend.

According to the great filter theory, alien life exists but there are so many hurdles in the way that they cannot advance to a stage to make long distance space travel or communications.

If we look at ourselves, we have space craft, satellites and radio but it’s still touch and go as to whether we can advance to a stage we could embark on interstellar travel without destroying ourselves or the planet in the process.

And it’s not just our own self-made issues which could stop us in our tracks. Natural events such as asteroid impacts, gamma ray bursts or even super volcanos like the in Yellowstone Park could all have a catastrophic effect on life on earth and could happen with very little notice.

These things would affect all life in the universe and not just us, so it may be that no one else has made it and that’s why it’s so quite out there.

You could think of it as super strength version of Darwin’s survival of the fittest, if any life can make it past all the problems of evolution and also dodging the bullets of self-destruction and natural catastrophes, it would have earned its place in the universe.

Maybe if no one else has done it yet, we could be the first ones to become the super-intelligent beings to roam the galaxies.

5 Most Amazing Cameras in the World

Is Human Evolution Dead? – One of 4 Ways Humans Could Evolve in the future