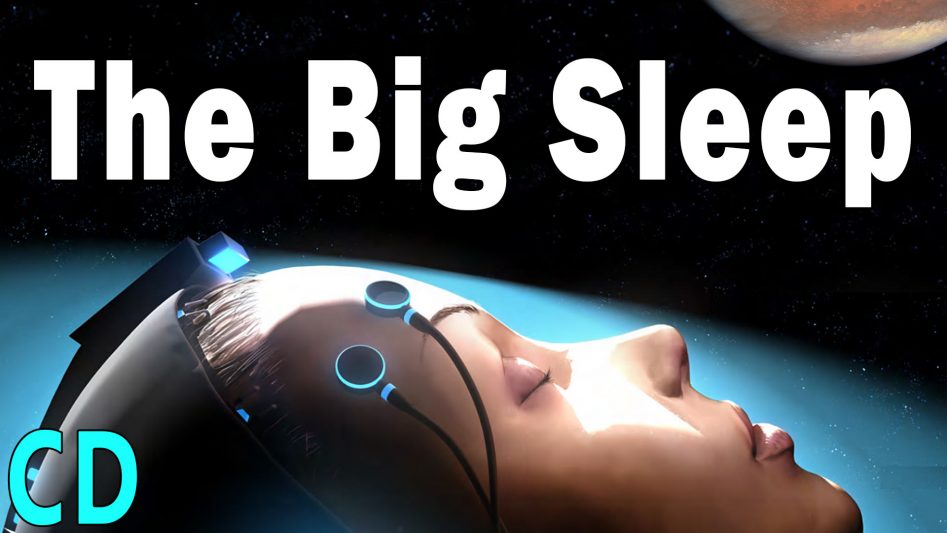 Watch almost any film involving deep space travel apart from the fantasy ones and you’ll see people going into or coming out of stasis of which the waking up part usually looks quite unpleasant but could this type of induced hibernation for longer space journeys become a reality in the not so distant future.

The farther we travel into the solar system with our current transport technology, the longer it takes to get anywhere, from about 5 months to mars up to around 10 years to get to the outer planets and that’s without even thinking about travelling to the stars. The nearest Proxima Centauri would take about 70,000 years with our current tech. Even if we could travel at the speed of light it’s over a 4 year journey.

This is fine for robotic space probes but as it has been said before, as soon as you add humans into the mix the issues go up by an order of magnitude. Having people awake a roaming around for years not only takes up much more in the way of resources to feed them and keeping them alive but there are the psychological issues of boredom, loneliness and just getting on each other’s nerves trapped in a small spacecraft for as long or longer than someones gets for committing a serious crime.

If we could put people into some form of hibernation it would solve a lot of these issues. If they are asleep for most of the journey then the space habitats themselves can also be smaller and lighter, so less propellant and rockets engines are required compared to a fully awake crew. This would also allow more shielding against cosmic radiation which is probably the biggest issue for long-duration space flights.

Even on a mars mission, it could make a substantial difference to the craft configuration. It’s hoped that it could also reduce some of the effects of weightlessness such as muscle and bone loss.

However, we are not a naturally hibernating species and we don’t have the biological adaptations to enter such state and stay in it for any length of time without outside help.

The nearest thing we have at the moment is Therapeutic Hypothermia which is well known and used in certain medical procedures and trauma treatments but this is not the same as hibernation.

Other methods of inducing torpor such as inhaling Hydrogen Sulfide has been used in mice to reduce the cellular demand for oxygen and research into inhibiting a specialized group of neurons in the brains of rats which don’t hibernate to block the bodies thermoregulatory cold defence like shivering and increasing the heart rate when the body temperature drops are also being conducted.

We humans and other mammals have evolved to have a constant body temperature independent of the ambient conditions. This gives us an evolutionary advantage for increased mobility but it also means we have a high metabolic rate, we need a lot more food and produce more waste than animals in hibernation. Slowing this metabolic rate is the key goal but without causing damage to the body in the process.

There are two types of hibernation which animals use to help them survive conditions such as harsh cold winters, very dry and hot periods or when their seasonable food is unavailable. These two states are true hibernation and torpor.

True hibernation is a voluntary state where the animal prepares by building up fat reserves and then goes into a truly deep state of sleep where the bodies temperature, heart rate, breathing, and metabolic rate all dramatically slow down. A chipmunk, for example, can lower its heart rate from 350 bpm to just 4bpm during hibernation and many animals can lose up to half their body weight during this time.

Torpor is like a very deep sleep state with the low body temperature, heart rate, breathing and metabolic rate of hibernation but this can last from a normal night sleep cycle to months depending on the species. Black Bears enter this state for 3-5 months with regular wake up periods and they can even recycle Nitrogen waste from the body, preventing muscle atrophy.

Animals in a state of torpor can also wake up, though it takes maybe an hour or more to do so and bring everything up to speed.

Out of these two, torpor would be most useful for us because of the ability to wake up in an emergency or on schedule. But we still don’t know the cellular and molecular mechanisms of natural suspended animation.

People have been kept in a controlled hypothermic state for up to 14 days but there are problems with serious side effects such as blood clots, bleeding, infection and liver damage.

There is also the need for us to have regular nutrients and fluids keep our bodies working as we don’t have the natural adaptations that hibernating animals have and this is the biggest problem we face.

Both NASA and ESA are working on Torpor inducing habitats where the person would be sedated and then cooled, placing them into a mildly hypothermic state. In order to provide the nutrients and fluids a process called Total Parenteral Nutrition is used. This is feeding a person intravenously with all the essential nutrients and fluids to keep them alive with something like a peripherally inserted central catheter.

This provides the nutrients directly into the bloodstream and is regularly used in people of all ages when they can not be fed by mouth. The process bypasses the eating and digestive tract which is inactive, with the fluids pumped in at about 50 ml per hour.

There would have to be many precautions taken such as making the inside of the habitat a sterile as possible and using tunnelled catheters and antibiotic-infused activity catheters as any infection occurring during stasis could be very serious or even fatal and they would be very little in the way of any medical aid that could be done during the flight.

But there are issues with this kind of Hypothermic induced “stasis”. Although the bodies metabolic rate drops by about 70% and uses less oxygen, the brain never actually goes to sleep, which is why in the film “Passengers” they wake up feeling extremely tired.

New research is also finding that during sleep the brain flushes out toxins that build up during the day and which are thought to lead to the onset of Alzheimer’s disease, which if this doesn’t happen in stasis could be a problem for long periods.

Patients who currently undergo Therapeutic Hypothermia often take days to regain their strength and awareness, not the sort of thing that an astronaut needs when they have to be awake and alert in just a few hours.

Robot arms would also be able to manipulate and manage the crew during the time they are in stasis.

Because the living habitat is smaller than that required for a waking crew, Artificially-induced gravity could be created by rotating the whole sleeping area.

There is a still a lot of work to be done in this field so its highly unlikely that it would be used any of the early Mars mission but once the issues have been ironed out it could become a standard way to travel to Mars and beyond.

Journeys running into years though could require longer wake up periods or a shift rotation where maybe 1/3 of the crew are awake at any one time. By the time this becomes widely available we might even have developed quicker ways of getting around in space.