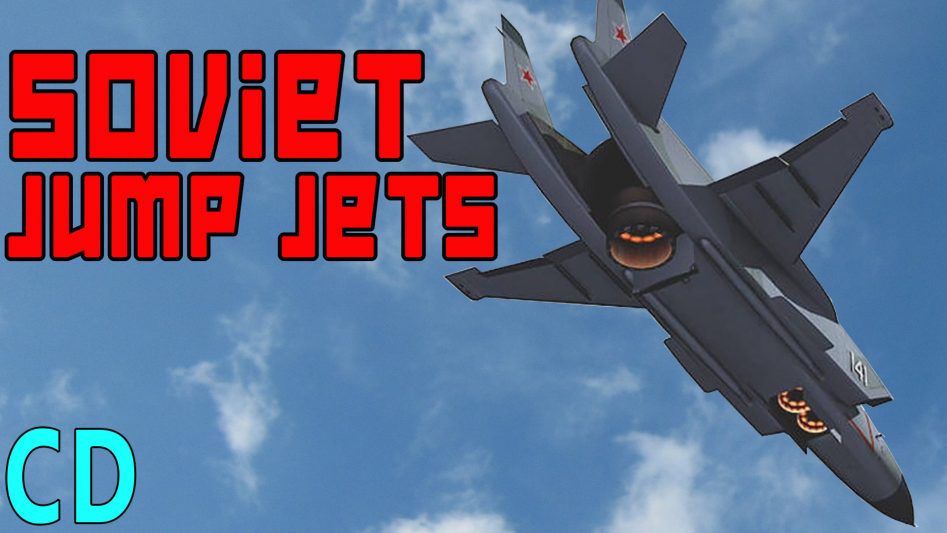 When you think of vertical take of and landing aircraft other than helicopters, probably the first ones that spring to mind is the now-retired Harrier Jump jet and the much more recent Lockheed F-35B and this might make you wonder why there haven’t been more of them around.

Interest in VTOL aircraft that is Vertical Take off and Landing by all sides increased after WW2. In the 1950’s and particularly after the Korean war there was an attempt to reduce the reliance on conventional long runways which were vulnerable to attack. Using Vertical Take off and Landing would allow strike aircraft to use simple and quickly constructed launch areas that could be much closer to the front line and be more difficult to find by the enemy.

If we ignore propeller based craft like helicopters and things like the Convair XFY-1 and stick with jet power most of the early work was done in the UK, US, France and Germany.

In 1954 in the UK, the Rolls-Royce Thrust Measuring Rig which was also known as the “Flying Bedstead” became the first untethered jet-lift aircraft to fly anywhere in the world, the data gathered from this led to the development of the RB108 engine which was specifically designed for vertical lift and five where used in the Short SC-1, a research aircraft designed to test the transition from vertical take-off to horizontal flight. In this, four engines provided the lift and swivelled fore and aft whilst the fifth provided the forward thrust

In 1960 Alexander Yakovlev was at the Farnborough Airshow and saw the Short SC.1 in action and on his return the USSR he decided to build his own test rig. A few years earlier in 1956 two professors, Matveev and Rafaelyants had built the “turbolet” a similar test rig the Rolls Royce flying bedstead.

Yakovlev enlisted their help and quickly obtained funding to build a prototype, the YAK-V which would be similar to the Hawker P.1127 which would later become the Hawker Harrier.

But there was a problem in that the there was no equivalent the to Hawker P.1127’s Rolls Royce Pegasus vectored thrust engine in the Soviet Union and without funding from the government which was still dubious about VTOL in general, they had to come up with a simpler solution.

This comprised of two engines mounted at the centre of gravity with a steerable nozzle on each one that could rotate the thrust downwards. Compressed air from the engine compressors would then be directed to the wingtips, the tail and a long protuberance on the nose to provide stabilization when hovering.

This new aircraft was called the YAK-36 and after 6 years development in February 1966, aircraft no.38 performed a vertical take, transition to high-speed flight and then a vertical landing.

Although the YAK-36 solved the basic problems of VTOL it was never intended to be an operational aircraft but it did provide Yakovlev with the basis for the next model the YAK-36M which would  eventually be known as the YAK-38 and would be primarily used for the USSR’s first aircraft carriers.

Although this looked rather similar to the British Hawker Harrier it operated in very a different way. In the Harrier, one engine provided all the thrust for both vertical flight and horizontal flight via four rotating nozzles in the fuselage and the main engine exhaust.

The Yak-36M took the ideas from the YAK-36 and changed from two main engines to one as it would be overpowered with two and the range would be greatly reduced. Even though the initial design was for a supersonic aircraft, because of the technical difficulties in achieving this is was decided to limit it’s speed to Mach 0.95.

For the vertical lift, two smaller less powerful engines were placed vertically behind the cockpit with a door covering them which opened when they were in operation.

One of the problems with having the three-engine design was that if any one engine failed during the hover, the aircraft would immediately pitch up or down and give the pilot very little time to react compared the Harrier, which if it lost its main engine, then all the thrust would be lost at the same time and the aircraft would tend to fall flat giving the pilot more time to eject.

To protect the pilot an automatic ejection system was fitted that would eject the pilot if it detected a sudden change in the aircraft’s attitude but this also had a habit of accidentally triggering leading to the loss of the plane when there wasn’t actually a problem.

Test flights began in 1972 and by 1975 the first one of three aircraft had been sent to the Kiev aircraft carrier and the other two more to special flight units. During a ferry flight, the second aircraft crashed on landing when one of the lift engines failed.

In 1976 during the liftoff phase, another Yak-36M accidentally ejected the pilot but continued to fly on automatic control in a wide circle, half hovering and half flying for 18 minutes before it crashed into a farmyard.

When the aircraft was finally commissioned it was given the designation Yak-38. Over 200 were produced by the Soviet Union but one of the biggest differences between it and the Harrier was the small payload, lack of radar and that is was also adversely affected by high temperatures.

During tests in 1976 in the Black Sea, it was found that the hot weather reduced it efficiency so much that no weapons could be carried even with very light fuel load. This greatly affected planes which were sent to Afghanistan and effectively grounded them during the hot summer months. It also lacked a high-performance radar which severely limited its usefulness as a fleet defence fighter.

But even before the YAK-38 the Soviet Navy had wanted a more capable VTOL aircraft and again Yakovlev had seen it as an intermediate design to gain more experience and knowledge.

In 1975 the contract for a supersonic design with the radar, much greater weapons load and manoeuvrability of the current front line fighters was given to Yakovlev. With is they would achieve something the west had not done, a supersonic VTOL. There was a supersonic version of the Harrier jump jet on the drawing board, the Hawker P.1154 but service in flighting, government delays and political decisions within NATO meant it was cancelled in 1965 along with the TSR.2.

During the late 1970s over 50 designs were considered and Alexander Yakovlev assigned most of his OKB design team to the project. One of the biggest challenges was how to make a vectored thrust engine that also had an afterburner, this would be essential for supersonic performance.

Again a three-engine design was used similar to the YAK-38 and would be controlled with an interlinked electronic control system that would handle startup,  landing and hovering.

Because the main engine would only be used for part of the vertical thrust it could be optimised for supercruise to use less fuel and increase its range.

The fuselage had a twin beam construction at the rear past the main engine nozzle, this was to protect the complicated steerable nozzle and to pass cool air to the ends of the beams where it could mask the hot exhaust gas and reduce the aircraft’s infrared signature.

Funding was obtained for four prototypes and in 1987 the first conventional flight was performed and in 1990 the first vertical takeoff, transition to horizontal flight and vertical landing.

Shortly after in 1991 it set 12 world records in the VTOL CTOL aircraft category. Because the designation of YAK-41 was classified, a new one of YAK-141 was created for the use in the west.

However in September 1991 the now Russian Navy which was severely cash strapped after the fall of the Soviet Union cancelled the YAK-41 project and retired the remaining YAK-38’s in favour of conventional aircraft and this marked the end for VTOL aircraft in the Russian services.

Yakovlev had anticipated this and didn’t make the tooling for production but instead looked for foreign partners for the continued development of the project.

This is where in 1992, Lockheed who were in the process of designing the X-35, the prototype F-35, came to an agreement to buy three new non-flyable YAK-141 prototypes for $400 Million, though the deal was not revealed by Lockheed until 1994.

Part of the design from the YAK’s can be seen in the F-35B which uses a vectored main exhaust similar to the YAK-141 and a lifting fan behind the cockpit with the opening door above it. However, in the F-35B its driven by a single main engine like a Harrier via a drive shaft instead of the two vertical lift engines of the YAK-141 and as such the F-35B could be said to be built on the advances of both the Harrier and YAK aircraft whilst being brought into the 21st century with advanced stealth, avionics and information gathering.