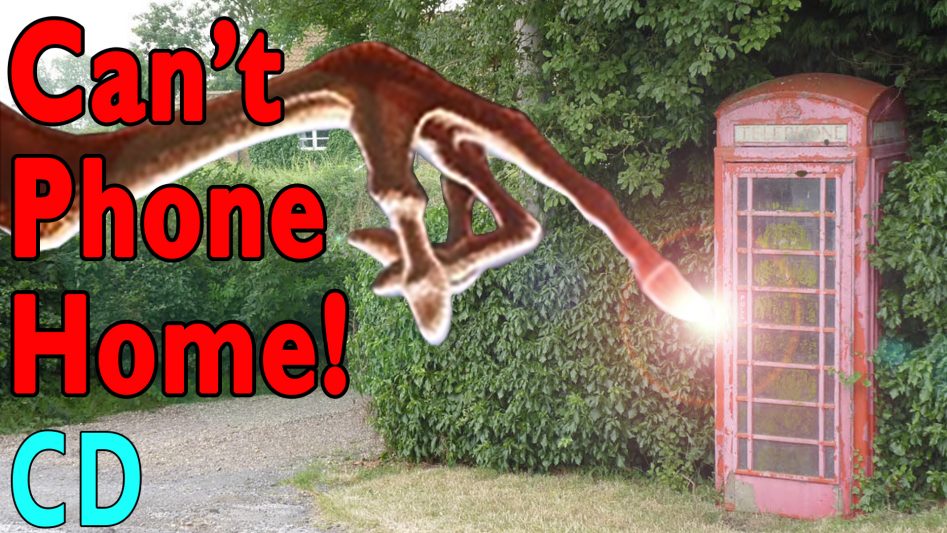 To me and anyone over the age of about 40, telephone boxes or phone booths if your in the US were often our only way of calling someone if you didn’t have a phone in the house and were a common sight in cities, towns and villages, even out in what seemed like the middle of nowhere.

Although the first generation of mobiles arrived in the late 70s, it wasn’t until the late 90s when the first digital mobiles, what we know as 2G became widespread and the decline of landlines and public phones start in ernest.

So with 96% of all adults in the UK having a mobile phone,  whats happened to the iconic red telephone boxes ?

This is a picture of the road I grew up on that I took in 1983 and what’s different from now apart from the distinct lack parked cars back then, is the red telephone box, something which I used quite a few times as I grew up to call friends and sometimes prank people, that is no longer there.

My father wouldn’t have a phone in the house because he said that when he had one before it would only ever ring when he was in the bath.

Now, if there is anything that is more synonymous with England other than the double decker buses, Big Ben and black taxis, then it’s the red public telephone box that has become as a British cultural icon throughout the world.

And yet these once ubiquitous sights are now quite rare. At the height of their popularity in 1999 there were about 137,000 but no that’s down to about 20,000 although you wouldn’t think so if you tried to find one. I drove around to the sights where I knew they used to exist but I couldn’t find any.

Now some might say whats the point if everyone has a mobile phone but there are still quite a lot of mobile phone not-spots, certainly in more rural areas and then there is the time when your battery dies and you need to make a call.

Back in November 2021 when storm Arwen hit Scotland and the north of England it knocked out both the power and mobile coverage in some areas for up to a week and with very few public phone boxes left, many people were regretting the day when their local phone box was removed.

The red phone box which everyone knows about and is by far the most common, is the K6 and as its name suggests was not the first iteration.

The first British national phone box was the K1 was introduced by the GPO or General Post Office in 1921 as an attempt to replace the wide variety of boxes and booths inherited from the various telephone companies when they were amalgamated into the GPO.

Known as the Birmingham kiosk, as this was where it was first installed it was not well-liked by local authorities and metropolitan London Boroughs and although it was redesigned in 1927, it was seen as a bit old fashioned for the then roaring 20s.

The K2 or the first red phone box in the style that we would recognise was designed by Sir Giles Gilbert Scott following a competition organised by the Royal Fine Art Commission, Metropolitan Boroughs Joint Standing Committee and Birmingham Civic Society.

These were a cast iron construction, bolted together and standing on a concrete base with a teak door and the now-famous domed roof and the crown moulded into the cornice. Scott originally thought it should be painted silver but the GPO changed that to red so that it would be easier to see and recognise.

However, because of its size, it stood 9ft or 2.7m tall and 3ft 4 inch or 1m square, it is was expensive to make at £35 and transport. So a more cost-effective version was called for which would be the K3 which was introduced in 1929. This was smaller and made from moulded concrete sections bolted together.

But again there were issues, this time with the concrete which was coarse aggregate and lost the fine details of the cast iron and the concrete was prone to cracking and damage in transport, it was also painted in cream to pacify those that didn’t like the red K2s.

The K4 was a return to not only the red colour but also cast iron construction, however, it was even bigger than the K2 at 9ft 4 or 2.8 meters tall and 3ft4 by 4ft4 or 1m by 1.3m and included a post box and stamp machine to make it into a mini automated post office.

However, the stamp dispensers on the back were noisy to those using the phone inside and wasn’t waterproof so the stamps could become wet when it rained. This and the nickname it gained of the “Vermillion Giant” meant that only 50 were made between 1930 to 35.

The K5 never made it past the design and prototype stage so in 1935 Scott came up with the K6 to try and rectify the errors of the previous versions and to celebrate the Silver Jubilee of King George the fifth. This went back to cast iron and concrete base but was smaller at 8ft or 2.4m tall and 3ft or 0.9 meters square.

From 1936 to 1968 some 60,000 K6’s were installed and cemented its reputation as the quintessential British phone box.

In 1996 the last iteration was the KX100+ with the domed roof in an attempt to hark back to the design of the K6 and some 5000 were installed.

To the now British Telecom which took over from the GPO in 1981, public phone boxes were more of a liability than an asset and by 1999 they had 137,000 to look after.

As phone boxes were a public service they had to be maintained and kept in working order under a “universal service obligation” and this was costing millions of pounds even though very few made enough money to pay for their upkeep and having cash in a free to access phone box was almost an open invitation to vandals and thieves.

With the increase in mobile phone usage, by the early 2000s BT started thinning out its phone box stock.

However, it could only do this with the approval of the Office of Communications, Ofcom and the local authority but added to that was that isn’t in a location with no mobile signal or where there are frequent traffic accidents or more than 52 calls having been made from the box in the past year or there were frequent calls to helplines.

As the reduction continued, BT removed many of the phone boxes and sold them off for £1 each which dealers bought up by the thousand. These then ended up being sold for a massive profit as garden ornaments and street furniture to tourist spots around the world.

In recent years BT has been offering local communities the offer to adopt-a-phone box for £1 and some 7000 around the country that would have been removed have found new leases of life as anything from community libraries, to art galleries to housings for defibrillators and even charging and WiFi points in fact anything you can think of that would fit in a 3ft by 3ft by 8ft space.

Even though their numbers have dropped dramatically, there are still about 20,000 in service and there are around 5 million calls made from them each year, though most still get next to nothing in the grand scheme of things.

Our love affair with mobiles and their practicality has made the idea of a phone in a dedicated housing at the side of the road if you can find one, seem like something from a long distant past, but our nostalgic longing for something that represented a simpler time is still strong and just the sight of them, even if they don’t have the same functionality, makes you feel that little bit better for just being here.

So I hope you enjoyed the video and if you did then please thumbs up, subscribe and share and don’t forget that Patreon supporters get ad-free versions of the videos before they are released on Youtube.