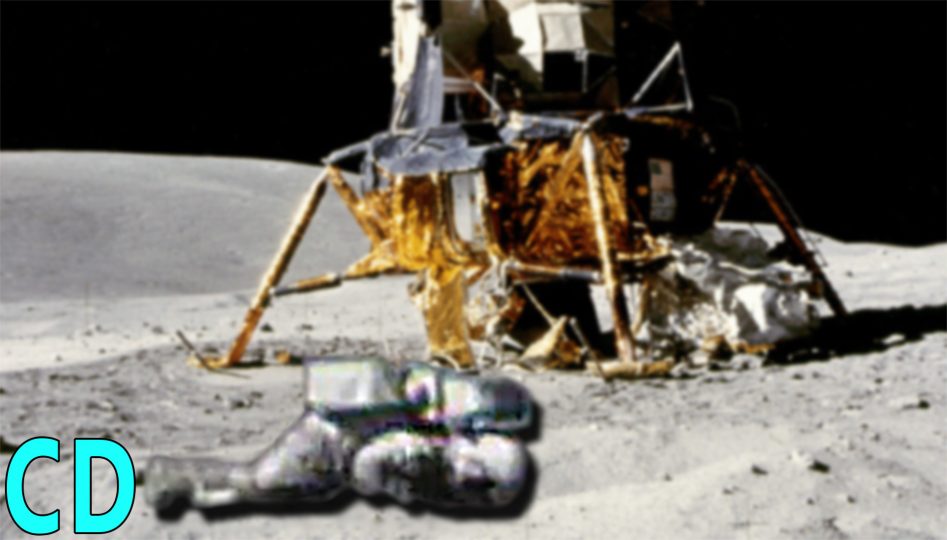 For all of the celebrations surrounding the first manned lunar landing of Apollo 11 in 1969, what is forgotten today is just how close they and the other Apollo missions flew to the edge of disaster.

Apollo 11 came within seconds of aborting the landing because they had over shot the landing area and were running low on fuel.

This was only one of several issues with the Apollo missions that arose that could have led to the loss of the mission and crew, though as it turned out only Apollo 13 came close to this happening. This excludes the Apollo 1 accident where the crew died because of a fire as they rehearsed a launch on January 27th, 1967.

Apollo 12 was struck by lightning twice a during the launch and although it knocked several electrical systems, the main navigation system continued to work and the rest of the mission proceeded successfully.

On Apollo 16 the engine back up system malfunctioned on the command module as it orbited the moon which resulted in the flight being 1 day shorter but mission control determined that they could work around the fault instead of aborting the mission.

Even Apollo 11 was a test flight, with it building upon the previous mission’s results and achievements. It was to be the first attempt at a manned landing and was driven as much by the desire to achieve President Kennedys directive to put a man on the moon before the end of the decade as it was to beat the perceived threat from the Soviets getting there first, US national pride was at stake if either of these failed.

As Apollo 11 was to be the first landing, NASA wanted to make sure that it would be as event free as possible, so they chose to land on the largest flattest part of the moon that they could find, officially known as site 2, it was a 10 mile long elliptical area in the northern sea of tranquillity.

The idea was that the flight computer on board the lander would guide it down to from 50,000 feet to 500 feet above the surface where Neil Armstrong would take over the controls for the final landing.

However, Armstrong became aware early on that things were not going to plan and that they had already flown over the landing site and were heading to a boulder strewn area now known as west crater which about the size of a football field.

He assumed control from the flight computer and manually flew over west crater and another smaller crater before landing at the outer edge of site 2 about 4 miles from its intended target, and uttering the immortal words, “Houston, Tranquillity Base here – the Eagle has landed.”

As he was making the final descent, mission control estimated that they had just 25 seconds of fuel left at the time they landed, although this was later revised to 45 seconds after the mission. This also highlighted the need for much more accurate real-time metering of fuel remaining for subsequent missions.

NASA rules required the mission to be aborted if there was less than 20 seconds of fuel, if they didn’t then there was the danger that they might not be able to perform an emergency ascent.

To abort the mission, they would have start an emergency ascent protocol which would separate the ascent module from the lander and they would then fly back up to the command module.

It would take between 2 and 4 seconds for the emergency abort to complete and the ascent engine to fire, all the time they would be still travelling alongside the descent stage. If they didn’t get far enough away from the decent stage, then there was the danger of any remaining rocket fuel exploding when it crashed into the surface and the flying debris could hit and damage the escaping module.

The other great danger of the mission was that no one really knew if the ascent module would be able to take off as it had not been tested on the moon up until the mission. If this was the case then the crew would be stuck on the moon.

It’s not known if the crew had suicide pills with them in case they were stranded because there would be no chance of rescue, NASA did not have any stand by rockets or landers ready.

30 years after the first landing, a previously secret memo was discovered at the American national archives showing what NASA planned to do in case of such an event.

In the event of a worst case scenario, NASA planned to cut communications with the stranded crew and they would be left to die as they ran out of oxygen or they committed suicide, something that the crew later said they had no knowledge of.

Just two days before the Apollo 11 mission, Nixon’s speech writer, William Safire was tasked with creating a condolence speech that would be delivered by the president in the event of such a tragedy occurring.

Unlike the Apollo 1 disaster, there would be no way for NASA to examine the scene close up and in detail to determine what had happened if the lander crashed on the lunar surface.

NASA had discussed using one of the remaining four ranger probes which had 6 TV cameras on board. The rangers didn’t fly over the moon taking video, instead, they picked areas to image then transmitted images back to earth as the probes crashed into the surface.

Ultimately, this idea was dropped in favour using a Hasselblad film camera on board the command module and taking images at a low altitude of 10 miles above the surface. This would give a resolution of down to 1 foot, enough to see what had happened to the lander and the crew if they were outside, although the commander taking the images would have just 10 seconds to locate and photo the scene from 10 miles above and travelling at orbital speeds around the moon.

Luckily no major tragedies occurred with the remaining Apollo missions and neither NASA’s final plan nor the president’s speech were needed.

What Did We Leave on the Moon & What Will Happen to it in the Future?