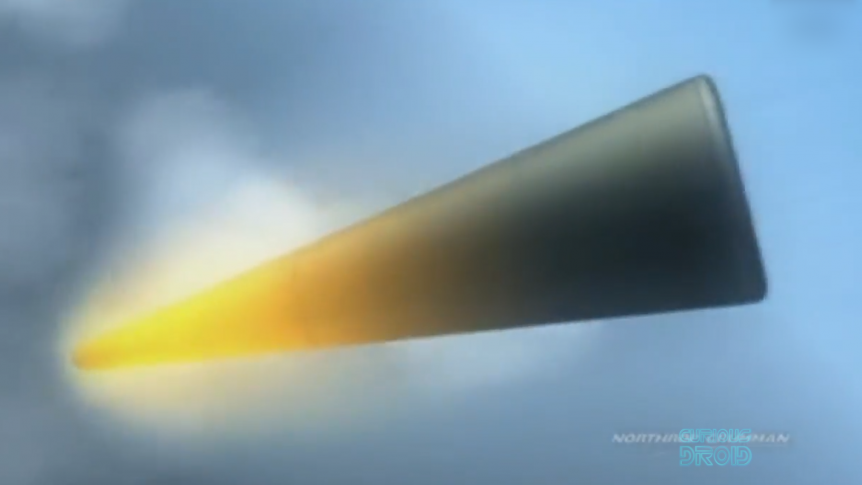 When I was growing up in England in the 1970’s and though the 1980’s in particular, there was an almost palpable fear that a nuclear exchange could break out between the superpowers at almost any time.

It caused me and many others around at the time to wonder was there a way to stop a missile attack but to be honest there was very little you could do. If you lived in a big city or near a military base, there was nothing to stop an ICBM or Intercontinental Ballistic missile once it was on its way and with the 4 minute warning we would have in the UK, you might as well have one last game of missile command and hope for a quick end.

Roll on 35+ years and although we now live in a time of where the threat from nuclear attack is much less, it’s still present, even if it may have moved to a different area of the globe.

So, with the advancement of technology, can we stop a missile attack now, once it’s been launched.

Ever since the first missiles were developed by the Germans in the later part of World of War 2, they have struck fear in to the hearts of many, certainly those in the vicinity of the receiving end.

The primary reason is the way deliver their payload. Unlike planes or the cruise missiles which are by comparison quite slow and travel at subsonic speeds leaving them susceptible to Anti-Aircraft fire or surface to air missiles, an ICBM is launched high above the atmosphere, usually into space where the warhead then separates from the main body and falls back to earth.

It’s this speed which makes them so difficult stop because everything happens so fast. The detection of an attack, the coordination of countermeasures and the launch of any defensive options has to happen within minutes and is one of the most difficult technical and engineering challenges around and that’s without the attacker’s countermeasures which we’ll come to later.

In order to look at stopping a missile, we have to find it’s vulnerabilities and for that, we have understand its trajectory phase which is made up of three parts.

The first one is the boost phase, this is when it is launching and accelerating up to space and lasts about 4 minutes taking the missile to a height of around 90 to 125 miles or 150-200 Km.

The second is the mid-course phase, this is when the boost engines burn out and it travels through space and the highest point of its trajectory, this is also the longest phase taking around 20 minutes.

The third and final phase is the terminal phase, this is where the warhead re-enters the atmosphere and falls towards its target. This is also the shortest and lasts between 30 seconds and 1 minute.

Before anything can be done you have to detect when a launch has happened. Today we have satellites with infrared sensors, these are constantly on the lookout for the telltale heat plume from the rocket engines. Before the advent of the detection satellites, the only way to know a launch had occurred was from early warning radar posts detecting when an object had quickly risen above a certain altitude.

It’s this first boost phase when the missiles are at their most vulnerable and ironically one of the most difficult to get at. Although they are slow moving to start, they accelerate rapidly.

To shoot the missile down you need another even faster missile, ideally within about 100km or 60 miles of the target. Get much further away and the ICBM will be going too fast for the ABM or the anti-ballistic missile to catch it.

The problem here is that they could be deep in enemy territory, on mobile launchers or even at sea-launched from ships or submarines, all too far from the ABM’s.

Other types of weapons such as high power airborne LASERS can shoot down a missile but again they have to be relatively close because the atmosphere diffuses the beam over longer distances making it ineffective. You also need to have these airborne lasers in the air all the time or cruising close to the known launch positions or national boarders, something which would raise tensions even more.

If you can’t hit the missile in it boost phase, then the second midcourse phase when its in space is the next best place to attack.

This is the longest phase lasting up to 20 minutes but its here that the ICBM can fight back with countermeasures. Many ICBM’s can hold more than one warhead, international treaties limit it to 10, yes 10 separately targeted warheads but that’s not all.

To confuse the defender’s detection and tracking systems, the missile will also carry decoys, mylar balloons that inflate when the warheads detach. These float along with missile debris and are often shaped and painted to look like warheads.

To the defender’s radars systems these all look like potential targets but which ones do you go for. With a limited ABM’s, pick the wrong ones and you be letting the real warheads through.

There have been several attempt to make systems that try to destroy the missiles when they are in space. The most famous was Regan’s Star Wars or the Strategic Defense Initiative. This was to build a space based defence system using high powered lasers the disable multiple targets before they fell back to earth. The technology, on the other hand, was not capable of delivering this during the 1980s and is only starting to really become practical now.

The method which has been proven to work, although on a limited scale and against limited numbers of targets, just one at a time so far, is the kinetic impactor or Kill vehicle.

These are small non-explosive devices that weight about 4kg or 10lbs that can be launched into space on an ABM to intercept incoming targets.

These are released once in space and have onboard navigation thrusters so they can be guided to crash into the oncoming warheads or decoys.

This idea has been expanded with the MKV or Multiple Kill Vehicle. The defender’s carrier missile would hold a number of these and once released they would form a cloud, that in theory would target all the potential targets both, real and decoy.

This is still extremely difficult operation to pull off, as the missile detection systems have to use high-resolution X band radar and advanced image recognition be able to identify all the potential targets to try to weed out the warheads from missile debris and decoys. It then sends what it thinks are the target coordinates the MKV’s own tracking system for the final lock, all whist the MKV and target have a closing speed of more than 30,000km/h over 18,000 miles per hour

The other problem here is the number of potential targets, its highly unlikely that just one ICBM would be launched. In a real attack dozens of ICBMs could be launched and arrive in waves from different launch locations, each with multiple warheads and decoys, this would simply overwhelm any defence system.

Even if it was a limited attack, the attacker only has to get maybe 20% of the warheads through but the defender has to shoot down 100%, something that in real life would with current technology would be virtually impossible.

If this fails then there is just the final terminal phase but this is very short, typically under a minute and the velocity of the warheads is still in the 5 miles or 8.6km per second range.

Early defence systems used nuclear-tipped missiles that would explode near the approaching warheads in the attempt to knock out their guidance and arming electronics with an electromagnetic pulse. But with newer radiation hardened control electronics and the side effects of dozens of Hiroshima-sized high altitude airbursts over you own territory the idea was dropped.

This means that the area being targeted such as a city, command centre or missile silo or even ship flotilla must have ABMs very close. For undefended areas there would be too little time for an ABM to intercept a warhead before it detonated.

Again these systems are either kinetic weapons which have to hit the target or they have proximity fuses and detonate close to the target.

Current systems can launch at multiple targets and in tests have worked but none been proven in a real world attack.

In the end, we still cannot defend against an all-out attack. So we have to fall back on the 60-year policy of the appropriately named M.A.D or Mutually Assured Destruction to keep the peace by making nuclear war just not worth the consequences for either side.

As Churchill said, “Meeting jaw to jaw is better than war.”