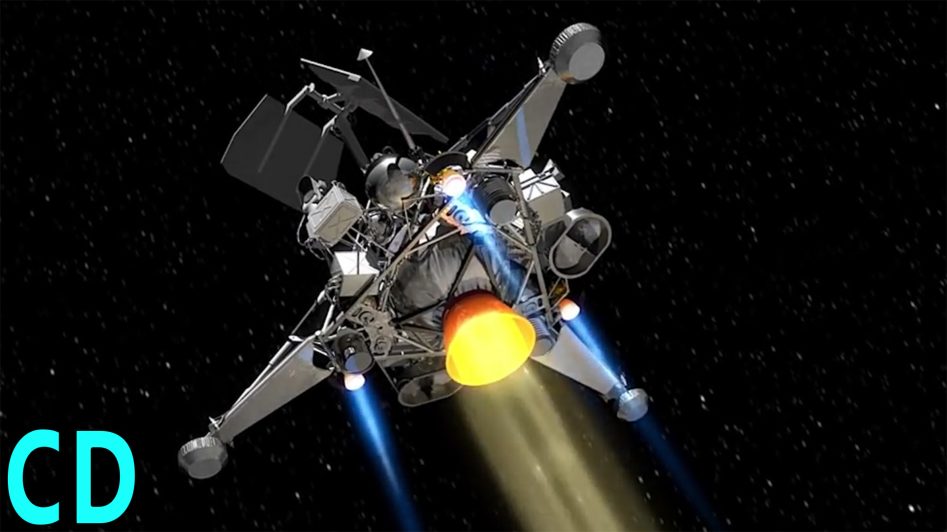 The Apollo landings from 1969 to 1972 marked a high point in lunar exploration but Apollo didn’t just rock up on to the moon out of the blue, it took many, many missions by probes and landers over the preceding years to establish if we could send men to the moon and get them back.

It’s quite strange to think that even by the late 1950’s, just over 10 years before Neil Armstrong set foot on the lunar surface we knew surprisingly little about the moon other than what we could observe from the earth and the hypotheses we drew from those observations.

We knew that it had no appreciable atmosphere or large bodies of water but we didn’t know what the surface was like and we didn’t what was on the far side, the side which always faces away from earth.

After the launch of Sputnik on Oct 4th, 1957, the Soviets made several attempts at getting a probe to the moon.  The first 3 launches in September, October and December of 1958 all failed but the fourth one in January 1959 did work but… they missed the moon and Luna-1 became the first spacecraft escape earth’s gravity to enter orbit around the sun.

After another launch failure in June, in September 1959 Luna-2 became the first man-made object to reach the surface of the moon.

These probes are not like the landers we are used to now, these were impactors, which means that they are designed to crash into the moon surface, taking measurements on the way. During their journey to the moon, Luna-2 took measurements approximately once a minute which was transmitted back to earth up until the time of impact.

Luna 2’s instruments helped prove that the moon had no real magnetic field and also confirmed the exitance of the Van Allen belts which had been discovered by the first US Satellite Explorer 1.

It also released a vapour cloud of bright orange sodium gas that expanded up to 400 miles, 650 km across which could be seen by telescopes on earth.

The US were sceptical of the Soviets and didn’t believe that they had reached the moon. That was until Bernard Lovell at the Jodrell Bank Radio telescope in England, using a Doppler effect method, proved that the signals did indeed come from the moon.

Once again, the US had been caught out by the Soviets who used Luna-2 and Sputnik and as propaganda to show the superiority of the Soviet Space program. The closest the US had come to the moon by then was Pioneer 4 which only got within 37,000 miles, 60,000 Km.

Luna-2 also proved that the impactor method worked and this would also be used later by the US ranger probes.

Then in Oct 1959, the Soviets did it again with Luna-3 when it became the first spacecraft to photograph the far side of the moon. Luna-3 was also the first craft to not only use the gravity assist method to swing it around the moon and back to the earth but also to position itself in space using 3 axis control with thrusters, this was essential to control the spin of the craft and to position the camera towards the lunar surface.

The photographic film used to for the images of the moon was high temperature, radiation hardened film which had been captured from American Genetrix balloons which the US used as high altitude surveillance devices, in effect they were the original spies in the sky, before high altitude planes or satellites. They would float over the Soviet Union taking pictures before being intercepted by the USAF once out of Soviet airspace.

However, the Soviets found a way to shoot them down and capture the equipment onboard. Although they Soviets didn’t know how to make the film at the time, they found a very good use for it in Luna 3.

The pictures were transferred from the photographic film in the Luna 3 satellite and transmitted back to earth using a method similar to a fax machine. The images were very basic but showed that the far side of the moon was quite different from the side facing earth.

With Kennedys announcement of the Apollo missions and the 8 year deadline to get a man on the moon by the end of the decade meant that the US had their work cut out to find suitable landing sites and working out if the surface was safe to land on as there was speculation by some in NASA that a lander could sink into the lunar dust.

To get close-up images of the lunar surface, the latter part of the Ranger program would be used. These probes would use the impactor method that the Soviet Luna-2 pioneered.  The program would be done in 3 blocks or phases with the first block of Ranger 1 and 2 testing the systems without trying for the moon, the following Rangers in block 2 and 3 all aimed at the moon.

But things didn’t get off to good start with Rangers 1 thru 6, failing through a variety reason from launch failures to missing the moon completely. At one point, it was called the “shoot and hope” program.

It wasn’t until the block 3 missions that they had had the first success with Rangers 7,8 and 9 working as planned. The block 3 ranger probes had 6 TV cameras, each with different lenses, fields of view, exposure settings and scan rates.

During the final, few seconds of the flight at a height of about 600m, the images captured were 1000 times better than could be obtained from earth-based telescopes with the TV images transmitted back to earth live until the probe impacted the surface.

In all 17,100 images of the lunar surface were sent back to NASA including the area where Apollo 11 would land some 4 and a bit years later.

Due to the high failure rate of the earlier Ranger missions, the next stage which was to send robotic probes was brought forward to conduct tests to see if it was possible to land a craft on the moon and get a close up look at the composition of the lunar soil or regolith.

Once again the Soviets just piped the US to the post with the first soft landing with Luna 9 on the 3rd of February 1966. Though it wasn’t the first time the soviets had tried, Luna-9 being their twelfth attempt to soft-land on the moon.

Whilst Luna-9 was a soft landing, it is was a simple system with the lander part ejecting up from the main craft just before impact. The sphere-shaped lander had an inflatable balloon to cushion it as it fell the short distance to the surface. Once it settled, the sphere opened with 4 petals which oriented it to the correct position.

Luna-9 had a TV camera which sent back the first panoramic images of the surface, these were intercepted by the Jodrell Bank Radio telescope and leaked them to the press in the west before the soviets published them. This landing also proved that a craft would not sink in the lunar dust was thought by some.

One June 2nd, 1966, four months after the landing of the Soviet Luna-9, Surveyor 1 the first of the US landers touched down on the lunar surface.

The Surveyor landers were built not only demonstrate the feasibility of a soft lunar landing but also to test the closed loop control system of radar guided descent with throttleable engines in a space environment, similar to those used by the Apollo landers.

The landing control was more was sophisticated than the Soviet Luna-9 with the final decent being controlled by a doppler radar and three Vernier or thruster engines and it landed upright on three outstretched legs.

The Surveyors were fitted with TV cameras and other sensors with some of them incorporating an extendable arm which could grab and test soil samples.

Seven Surveyor landers were sent to the moon with five of them making successful landings. Apollo 12 later landed about 600m from Surveyor 3 and several parts of the Surveyor craft including the TV camera being brought back to earth by the Apollo 12 crew for examination to see how they had survived on the lunar surface for the past few years.

To help select the Apollo landing sites, the NASA also used the Lunar Orbiter program. This consisted of five missions from 1966 to 67. In all these lunar satellites photographed 99% of the moon’s surface down to a resolution of 1 meter or 3 feet, returning 2180 hi-res images and 882 medium resolution ones back to earth by radio.

They also monitored the radiation levels and micro-meteor impacts with the results confirming that the design of the Apollo craft, would protect the crew for the time they would be on the moon. After their missions were over, the Lunar Orbiters were crashed into the surface of the moon.

In the culmination of the moon race and as a last moment attempt to get soil samples back to earth before Apollo 11, the Soviet Luna-15, which had be launched 3 days before Apollo, made its descent to the moon’s surface as Aldrin and Armstrong were making their preparations for Apollo 11 to lift off and head back to earth.

It’s not known exactly what happened but radio contact was lost with Luna-15 four minutes after de-orbiting at an altitude of about 3km, with the most probable explanation being that it crashed into a mountain range during the descent.

Even if it had landed successfully and gathered its soil sample, Apollo 11 would have still made it back to earth before Luna-15.

On august 22nd 1976, almost 4 years after the final Apollo 17 mission, the last Soviet Luna craft, Luna 24 landed successfully and returned 170 grams, about 6 ounces of lunar samples back to earth and the moon lay silent for a further 37 years before the Chinese Chang’e 3 lander and rover returned to the moon’s surface in 2013.

How will the internet work in Space? – The Interplanetary Internet

How AI is Taking over your Phone