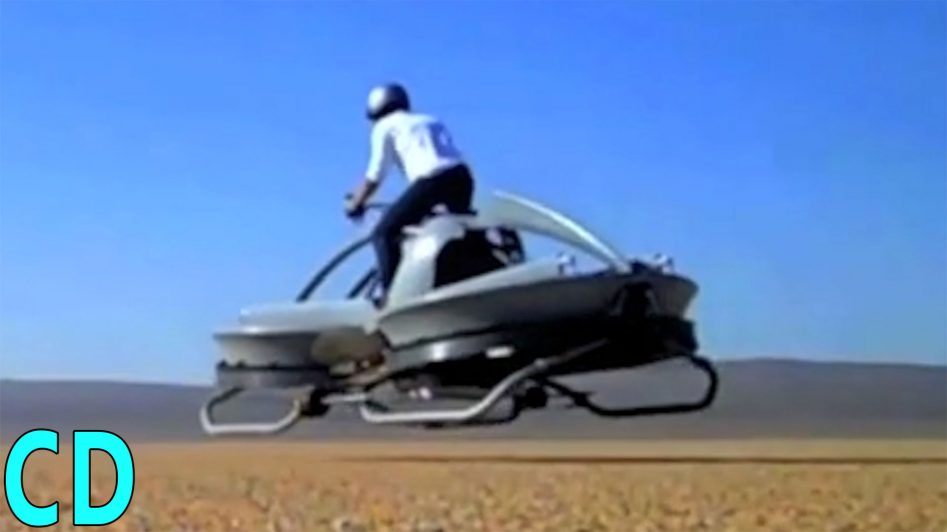 Over the past few years, some people have taken drones from small almost toy devices for carrying a cameras to mini aircraft that are capable carrying a single person or more and now these supersized drones are touted as a possible future for person transportation or both civilians and military personal.

Its still very early days, years of testing will be required before they would be allowed to fly in public areas, so don’t expect to see anything like these soon but here we look at 5 of these drones you can ride in.

The Ehang 184 created a huge buzz when it was debuted at CES 2016. They claim it is the world’s first fully autonomous helicopter drone.

The Ehang 184 is a 200Kg, eight-rotor aircraft which the company claims it is able to lift a single 100kg person, up 500 metres into the air and fly them at up to 100Kmph to any point on Google Maps, avoiding objects automatically and safely handling take-off and landing all without the need for any piloting skills from the person being carried.

The range is as far as it could fly with the 23 minutes of flight time afforded by the batteries which a recharge time of 2 hours.

Ehang is keen to point out that in the event of the drone experiencing problems, human pilots housed in custom built “command centres” will be able to take over and guide you to safety. Hopefully there will also be a parachute as well should you have a complete loss of power at 500 meters up.

In the Netherlands, Thorstin Crijns the man behind Quadro UAS, has been developing an autonomous aircraft and has been featured on news and TV programs around Europe.

Quadro UAS is primarily a one-man operation and Thorstin started out as a software engineer and gained experience whilst working and a company making Unmanned Aerial Systems. However, he realized that he need to more experience in other technical areas like mechanical stress calculations and circuit design. And has spent a lot of time gaining these new skills in order to make his prototype aircraft.

It has 20 electrically powered motors each driving 1 propeller and it is stabilized by a MultiWii Autopilot control system.

Thorstin is in talks with the Dutch aviation authority to get a flight certificate and hopes that in the future you will be able order your personal aircraft by smartphone and it will land where you are before taking you to your destination.

The Aero-X from Los Angeles firm Aerofex Inc is a two man low altitude flying vehicle that is sort of a drone but not a drone and a sort of a flying All Terrain Vehicle.

One of the major differences between this and the other electrically powered drone type craft is that this is much simpler and uses no electronic stability control systems. It is designed to be ridden much like a motorbike but can also be used as an unmanned vehicle to do agricultural duties like crop spraying or surveying for example.

It uses two inline ducted fans powered by petrol engines, the design of the ducts around the edge of the fans give it the control and stability.

The idea is not a new one and is based on a design from over 50 years ago. The PA-59K flying jeep or airgeep was created by Frank N. Piasecki, founder of the Piasecki Helicopter and aircraft Corporation.

The Airgeep was the winner of a US army completion to make a low flying vehicle capable of traveling over land or water a bit like a hover craft but being able to fly over trees and larger obstacles, it also had speed of up to 75 mph.

Although it was field tested, the army choose to stick with helicopters and the idea was dropped until Aerofex took it up again.

Because the craft is designed to travel at only about 10ft of the ground and is controlled like a bike, the rider does not require a private pilots license.

The idea of the Flike was Originally conceived in the summer of 2014, when a magazine article appeared that said drones are OK as small craft but would not be able to carry the weight a person.

This gave them the idea to make a drone that could carry a person and in the space of a year they took the idea from the drawing board to their first manned flight.

The 6 motor design is in a Y formation with the rotors on top of each other in a similar design the Ehang 184.

Bay Zoltan are claiming that the Flike will be able to travel at an electronically limited  height of 30m at up 100kpmh.

The Carrying capacity is 100Kg and the range is up to 60 mins with the extended range version.

Because it is fully stabilized and controlled by computer, the rider will require few piloting skills though you may still need a Private pilot’s licence like you do for a small plane or microlight.

Flight control is by joystick and because it’s fully computer controlled it is also capable of unmanned autonomous flight.

Availability is said to be in 2016 and the Price has yet to announced but they say it will be in the sports cars bracket, hopefully that’s the Mazda MX5 price bracket and not that of the Ferrari price bracket.

The German made Volocopter blurs the lines between a drone and a helicopter and is aimed at those who want the flying experience of the helicopter but without the high costs and long training time involved.

The layout of the Volocopter is similar to a helicopter with all the rotors fixed in a grid above the main cabin and is similar in size to the swept area of a normal helicopter rotor.

The difference between a helicopter is that the Volocopter has 18 electrically powered rotors which means there in much more built in redundancy, you could lose a couple of the rotors and still be able to fly. Being electric it is emission free and requires much less maintenance than a helicopter.

Rather than being fully autonomous like the Ehang, Volocopter wanted to give the pilot the fun of flying but with all the advantages that a fully computerised system can give, allowing it to be flown with just a joystick, almost like a computer game but which could be switched to automatic if required.

The hardware takes care of the actual flying, take-off and landing, and can even compensate for turbulence, you just point it where you want to go.

The plan is to have a single seater fun model, then 2 and 4 seater models for commercial and private transport.

The Worlds Most Powerful Electric Motors

Why Can’t we Remake the Rocketdyne F1 Engine?