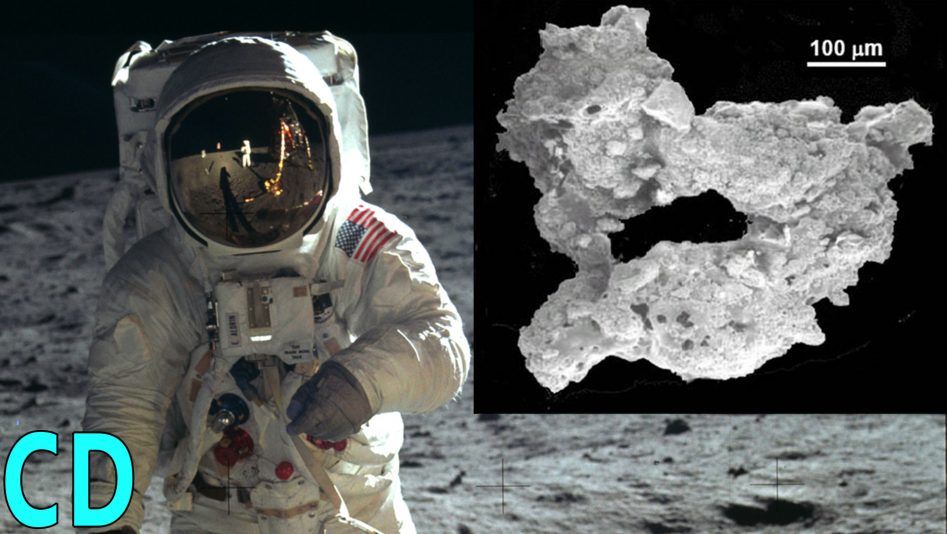 Sometimes the smallest things can be one of the biggest headaches. During the Apollo missions of 1969 to 72,  the tiny particles of lunar dust turned out to be a major issue. Described as being as fine as talc but as rough as sandpaper, it also has properties that make it dangerous for both men and machines and has been cited as a bigger problem for future astronauts than radiation by some scientists.

The lunar surface is covered in a thin layer of dust which has been created by the bombardment of meteorites and micrometeorites over millions of years. These smash into the moon’s surface at speeds up to 12 miles or 20km per second, heating and pulverising rocks and dirt, which contain silica and metals such as iron. Some of the dust is melted in the extreme heat of the impacts which creates tiny glass beads as the silica melts which then flash freezes and falls back to the surface.

This continual smashing, shatters the silica and other minerals to produces finer and finer grains of dust but because there is no weathering on the moon like there is on earth, the edges of these tiny shards which are not only very hard, they remain very sharp and jagged which makes it incredibly abrasive and potentially damaging to anything it sticks to

NASA had an idea about the dust before the manned moon missions from the previous surveyor landers but it quickly became apparent that once men were there the dust was far more of a problem than was first thought.

In fact before the missions started some scientists thought that because the dust had not been on contact with oxygen, that it may spontaneously combust if exposed to air. Before the departure of Apollo 11 from the moon, Buzz Aldrin and Neil Armstrong had to carry out a rather adhoc experiment to see if the dust was safe to bring back in the lunar lander in an air environment.

They got a grab sample of dust and went back to the lander, they placed some on the engine cover of the ascent module, then they closed the hatch and re-pressurized the cabin, whilst looking out to see if the dust started to smoke, luckily it didn’t and they got on with the departure. Aldrin said that it if had, they would have stopped the pressurisation, opened the hatch and thrown it out.

We’ve seen the astronauts bouncing around the moon’s surface and getting covered in lunar dust. They  found that the dust sticks to everything it comes into contact with from the sun visors on the helmets, to gauges and dials, tools and more importantly things like seals on the spacesuits and containers for bringing back rock samples.

The dust is electrically charged by the bombardment of charged particles from the sun and this is what makes it stick to anything it lands on.

During Apollo 17, crewmembers Harrison “Jack” Schmitt and Gene Cernan had reported that the dust was making it difficult for them to move their arms around during the moon walks because it had got in to the joints of their space suits.

It also scratched the visors when they tried to wipe it off to such an extent, that it made it difficult to see, like trying to clean glass with sandpapar.  The same applied to cameras and other optical surfaces which had to be cleaned with a small camera cleaning brush to avoid damage. It also damaged the seals between the gloves and the spacesuit locking rings so that they started to slowly leak air in the vacuum of the moon’s surface.

Just how abrasive the dust is was revealed when it wore through three layers of a Kevlar-like material on Schmitt’s moon boots as he made his way around on the lunar surface.The Apollo missions brought back 382kg of rock samples. These were placed in sealed containers to keep the low-pressure atmosphere of the moon in with the samples. However, when they got back

The Apollo missions brought back 382kg of rock samples. These were placed in sealed containers to keep the low-pressure atmosphere of the moon in with the samples. However, when they got back to  earth, it was found that every sample box had leaked air in from the cabin because the dust had damaged the seals on the containers.

There was also no way to isolate the crew from the dust in the lander cabin either. There were no airlocks and nowhere to change out of their suits other than in the cabin. When the crew returned to the lander and re-pressurized the cabin, on every mission the they noticed that some of the dust became airborne and floated around the cabin and not only coating the inside of the craft but they also breathed it in as well.

—They said that it had the smell of spent gunpowder or wet ashes in a fire and after the mission, Cernan said that it took 3 months for the embedded dust grow out from under his finger nails—

On Apollo 17,  Schmitt said that he felt congested and complained of “lunar dust hay fever” but the symptoms disappeared the next day. It’s because of this that the crews were put into quarantine when they first returned to earth because no one knew if there were any biological threats on the moon or in the dust, although by Apollo 12 this had been discontinued, as it had been confirmed from examination on earth that it posed no bacterial or viral risks.

Although the dust is mostly silica and non-poisonous, the extremely small size of the particles posed a similar problem to that which had been discovered when miners and tunnelers on earth became ill and died of silicosis years after dry drilling.

Silicosis is where the tiny dust particles are so small that it gets in the very deepest parts of the lungs and cannot be coughed out. The white blood cells of the immune system cluster around the particles, gradually filling the lungs with puss and the victim eventually dies as the lungs become more ineffective.

Another problem with the dust and the lack of a lunar atmosphere came to light with also with the Apollo 12 mission.

When they landed, it was about 180 meters or about 600 feet from an earlier surveyor 3 lander which had been there for a couple of years. The Apollo 12 astronauts detached the camera and mechanical scoop from the surveyor lander for return to earth. Whilst doing this they noticed that the structure of the lander had been darkened by the cosmic radiation over the time but that some areas had been effectively sandblasted clean by the dust blown out by the rocket engine exhaust from Apollo 12 as it landed.

This was confirmed when the camera and mechanical scoop were examined on earth as they had been damaged by the high-speed particles of dust. Its now believed that some of smallest particles of dust that were ejected by the blast from the engine and which can be seen from the landing footage, could have been blown half way around the moon due to the lack of atmospheric resistance, although most of it would have only gone as far as high sided craters or mountain ranges before it was stopped.

Its estimated that the lunar soil or regolith and dust had been travelling at about 1300 feet or about 400 meters per second, which is as fast as a bullet from a gun.

This means that in the future, craft landing near other structures, buildings or astronauts could cause damage to them from this sandblasting effect even at some distance away. Landscaped barriers could be used to protect and funnel the blast dust away from vulnerable areas.

For future manned journeys to the moon, NASA and scientists around the world, have been working on ways for control the dust using technologies like film coatings that the dust won’t stick to and shaking the dust off with an electric charge.

As the dust contains tiny pieces of nanophase iron or pure iron and is affected by magnetic fields which could be used to extract the dust from the air in filtration systems.

So if you thought that the dust in your house was a pain, just be thankful it not lunar dust….

Anyways I hope you found this little piece interesting and informative, if you did then please subscribe, rate and share and check out some of our other video’s, so until the next it’s goodbye from me.

Hypersonic Missiles vs ICBM’s – Which is better?

Nuking the moon – The Secret USAF Project A119