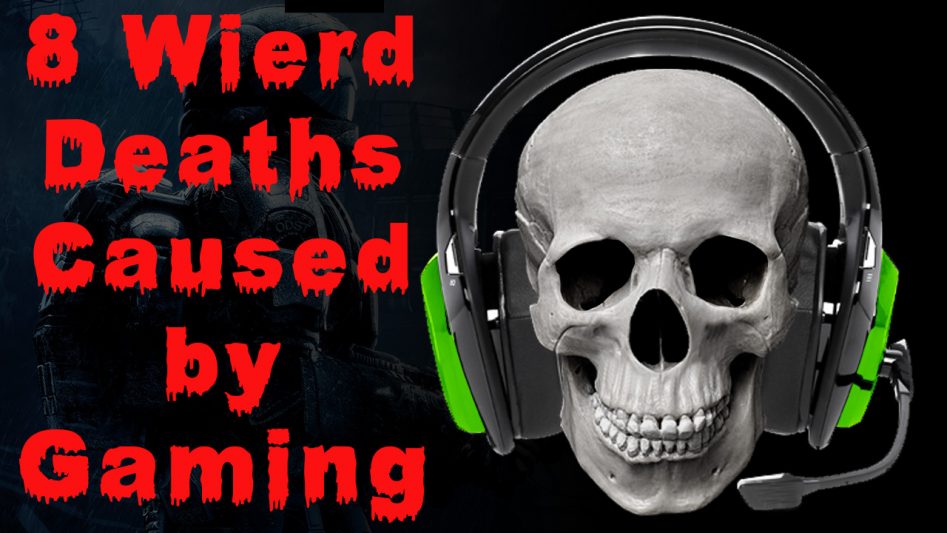 For most people blasting the zombies, killing aliens and shooting up the city streets is harmless fun but for some the virtual deaths have become all too real life.

8. Children starved to death whilst the mother played second life

On June 16th 2008, police were called a house in Brisbane, Australia. Once they entered they made their way to the bedroom where they found the bodies of twins, a boy and a girl in their cots. They weighed just under 5kg each and had starved to death.

This desperately sad story is one of the escapism from the real world by their mother in to the virtual world of second life.

In the real world their mother was overweight with six children, mental health issues, a failing marriage and their absentee father was a gambling alcoholic. But in the virtual world her avatar was beautiful, slim and child free and she could do anything she wanted.

She was engrossed in the virtual world for many hours each day whilst she ignored her home and the cry’s of the twins as they slowly starved to death in a room down the hall.

It was only when the 11 year old sister of the twins found the bodies that the police were called.

When questioned about what happened she told the police “I don’t think I fed them enough, I wanted to help but I just couldn’t do it”.

In april 2010 14 year old Russian boy Yaroslav Melnichenko smashed his fathers skull with sledge hammer as he slept because his mother took away the computer keyboard to stop him playing games over night.

He initially planned to kill his mother but he thought his father might wake up so he killed him instead.

In the middle of the night as his parents slept He sneaked in to their bedroom and covered this fathers head with a plastic bag and then hit him over the head six times with a sledge hammer, the bag was to stop the blood splattering on him he told the police later.

He then demanded the keyboard from his terrified mother, took her mobile phone and locked the bedroom door, only to return to his room to carry on with  a fantasy role playing game.

Relatives described the boy as reclusive with few friends and addicted to computer games. They say his parents doted on him and rarely disciplined him, he was their    heir to the family hotel business on the Black sea.

During the investigation the boy showed no remorse for the crime and in a cruel twist said the he was now “the head of the family” Due to his age he faces only up to 10 years in prison for this horrific crime.

It makes you wonder just how young some people are when they develop psychopathic tendencies.

As In this case of 14 year old Russian boy Yaroslav Melnichenko who smash his fathers skull with a sledgehammer because his mother took away the computer keyboard to stop him from late night gaming.

He had planned to kill mother but he thought his father might wake up so he killed him instead, like I say this kid is not normal.

In the middle of the night as his parents slept He sneaked in to their bedroom and covered this fathers head with a plastic bag and then hit him over the head six times with a sledge hammer,  when the police ask why he put a  bag on his head he said it was to stop the blood splattering on him so he could hardly say that it wasn’t premeditated.

It not like he was mistreated as akid, the relatives said that he was a loner and addicted to his computer games. They doted on him and allowed him to do almost anything he wanted because he was the heir to the family hotel business on the black sea.

During the investigation the boy showed no remorse for the crime and in a cruel twist said the he was now “the head of the family” Due to his age he faces only up to 10 years in prison for this horrific crime.

6. 17 year old shoots parents for taking away is Halo 3 game

In Ohio, a 17 year old obsessed with Halo 3 was found guilty of murdering his mother and injuring his father after they took his game away

The teenager, Daniel Petric was so angry with his parents that he used his fathers keys to open the safe cabinate box where the game was kept along with a Taurus 9mm hand gun.

He then went in to the room where his parents where and said “Would you close your eyes, I have a surprise for you”.

He then shot them both, His father Mark Petric survived but his mother Susan Petric died of her wounds.

He fled the scene in the family van with the halo 3 game on the passenger seat but was captured by the police.

At the trial he tried to claim that he had being playing the game for so long that he did not comprehend that death was real and they would just get another life as in the video game.

The prosecution disagreed and said that he had shown no remorse and tried to set up the scene to make it look like a murder suicide by placing the gun in his father’s hands.

He was tried for murder but due to his age he could not be sentenced to death but was instead sentenced to life in prison, for a minimum of 23 years.

5. Man kills three after months of playing all day on GTA

The Grand theft auto series is one of the most successful games in the world with over 220 million units sold but it is also one of the most violent and it’s has been called a cop killing murder training simulator by some.

On the 7th June 2003, 17 year old Devlin Moore was brought in to the police station in Fayette, Alabama on suspicion of guess what stealing a car AKA grand theft auto.

Whilst he was awaiting to be booked in, he grabbed the gun from one of the officers and then shot him and two others before escaping in a police cruiser. All three officers died at the scene. Its as if he planned the whole thing like he was playing the game.

And he even said to the polce afte he’d been captured  “life is like a video game, everybody’s got to die sometime”

In court, Moores attorneys even tried to use the same excuse and claimed that is was the violent nature of the game that Moore had been playing day and night for months that had caused him to commit the murders by effectively “reprogramming” the young man’s brain to make him act just like the murderous characters in the game.

One of the psychological traits of a psychopath is that they have no feelings for their victims, they have no empathy and On oct 9th 2005, Moore was found guilty on three counts of murder and sentenced to death.

In august 2005, In south Korea where gaming is treated effective like a sport,  28 year Lee Sueng Seop died after playing starcraft at an internet café for over 50 hours almost non stop .

The police said that Lee had not slept properly and eaten very little during the marathon session, though he regularly played for up to 18 hours at a time.

Multi player gaming in South Korea is hugely popular, with over 50% of the population playing online regularly.  Top gamers are treated like sports stars and can earn large sums of money each year through sponsorship.

During his gaming session, The man who had previously been fired from his job and lost his girlfriend due to his addiction to gaming,  paused only to go the to the toilet and for short periods of sleep. He collapsed and was taken to the hospital but died shortly afterwards.

The cause of death was believed to been heart failure due to exhaustion and dehydration.

The contest was called “Hold your wee for a Wii” The winner would be the person who could drink the most amount water without going to the toilet.

20 people entered the contest but for Jennifer it would have fatal consequences. During the contest one of the DJ’s remarked on air that she had drunk so much water  “looked pregnant”.

However before she pulled out of the contest, she  complained of stomach ache and a headache, after the competition she was sick before going home. She was found dead later that afternoon.

At the inquest, she was found to have died from acute water intoxication, a condition where the bodies normal balance of electrolytes is affected by a rapid intake of water, the results can make the brain swell so it can no longer control the breathing and the person suffocates

A jury decided that the radio station operator was liable for Jennifers death due to neglect and after warnings from a show host and listeners calling in that it could be dangerous.

The station fired 10 of it’s employees and Jennifer’s family was awarded $16.5 million in damages.

2. Mother kills baby for crying when she was playing Farmville on facebook

A Florida mother pleaded guilty to the death of her 3 month old baby after he would not stop crying when she was playing a game on Facebook.

22 year old Alexandra Tobias told investigators that on the 19 January 2010, she was playing Farmville and became enraged because her baby boy would not stop crying, she picked him up and shook him. She then had a cigarette, picked him up shook him again at which point he may have hit his head during the shaking.

Because she pleaded guilty there was no trial, On February 1 2011 she was sentenced to 50 years in prison.

A Chinese man was stabbed to death by a fellow gamer over a virtual sword that only existed in the game “Legend of Mir 3”.

Legend of Mir 3 is a fantasy game where the players take on the roles like wizards, warriors and priests and as they become more experienced and the game progresses they can gain more powerful weapons like the “Dragon Sabre” which was the cause of the dispute.

Qiu went to the police to report the so called “theft” but there is no law in china about stealing virtual objects and the police did not do anything,

Qiu Chengwei, 41, took matters in to his own hands and broke in to Zhu’s house to confront him but Zhu could not convince Qiu that he would pay the money and Qiu flew in to a rage and stabbed  Zhu repeatedly in the chest with a very real knife.

Qiu handed himself in to the police later that day, in court he received the death sentence commuted to life in prison if he behaves himself which could be as short as 15 years.

Can We Control the Weather with Technology?