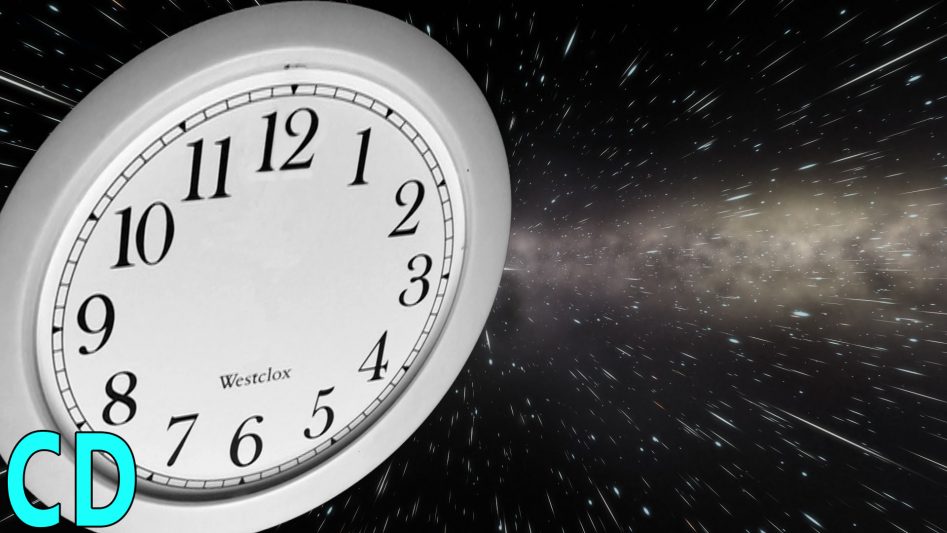 What would happen, if one day you woke up and time no longer existed?,  I’m not talking about stopping time or what we may think is the definition of time. I mean no time, no flow from past to present to future, no entropy, just now. No clocks or calendars, no hours, minutes, seconds, days, years, millennia, aeons just … now.

In this little thought experiment, let’s assume that time has existed up until you woke up and then ceased to exist anywhere in the universe. Now, everything in your life, all your memories of your past and what is to come in your future, all the events anywhere, from the big bang to the to the decay of the last atom in the universe, is here, now, with no sequential progression from one point to another or flow of time, like a kind of random access universe, compared to one on videotape.

This is not the same as theory of presentism, where only the present is real and both the past and the future are unreal, it has more in common with Eternalism where the past, present and future all exist in their own right but there is no method of progression other than that of the observer selecting what to view but even that idea breaks down without time.

The lack of time is such an alien concept because our lives, in fact, everything in the universe since the big bang has been in a continuous state of change from one point to another, a process of cause and effect defined by the laws of physics in an unbroken line that will continue until all the energy in the universe is at the same level and all actively stops and effectively time stops.

But there is another possibility, in that everything that will ever happen has already happened and in this case, could it be possible to have the universe with me and you in it and just take away time.

So to continue, without time, would your life turn into a dream-like state where seemingly random events coalesce and merge from one to another, and like in a dream, would it feel normal to you but to an outsider, in our linear time view of the world, would it be just a mixed-up jumble of events.

It would be like taking a film and cutting it up into individual frames and then just throwing the pieces into the air like confetti and looking at each frame randomly, Nothing would make sense, how would you be born, grow up, grow old, die, how would the universe work without time.

With no time, how could you even string thoughts or sentences together. Each thought we have is a progression. A spoken sentence like I’m saying now could not exist as you are hearing it, all the words would appear at once on top of each other.

In fact, without time even that explanation would not be correct because it takes time for each word to be spoken and understood, even if there were all spoken at once. Without time their meaning would have be to instantly transferred But then how would you know which order the words are meant to be in, how would you convey meaning with an instant jumble of words, letters, sounds, visions or thought fragments without placing then in sequence.

Even the very moments of thought that we have are time based because they unfold in our memories, we rerun them in our minds as if they were happening again but with the boring, painful and embarrassing bits edited out, we have very selective memories which is why nostalgia and the past usually seem so rose-tinted.

Without time, the very make up of these thoughts could not exist, how small would the fragments of your memories be?. What units do you cut them up into, seconds of thought, milliseconds, nano seconds, Planck time?  A Planck unit of time which is the smallest unit of time in classical physics before we descend into the quantum realm.

A Planck unit of time is 10-43 seconds or 0. with 43 zeros after it, seconds and is based on the amount of time it takes a photon travelling at the speed of light to travel the smallest unit of measurement, a Planck length, which is about 10-20 times the size of a proton, one of the components that make up the nucleus of an atom.

Our photon would experience no time, even though to us it might be on 10 billion year journey across the universe, to the photon, it’s at both the start and the end of its journey, therefore to it, a timeless object, its travelled zero distance in spacetime.

Take that to its logical conclusion and in a timeless universe, all the light from every star that would ever exist would all be here now, so there would be no distance, if there is no distance, then there is no size.

Everything, every thought, all the knowledge of every living being anywhere in the universe, every action, all the matter and all the energy in the universe that would ever exist would be in the now, in one infinitely small point, maybe it’s the nearest thing to the instant before or at the point of the big bang.

One other description fits the previous statement, an all-knowing, omnipotent force of everything that ever was or will be in one point. Think about it, doesn’t that define man’s idea of god?. So when people say they have had near-death experience and are drawn to the light, maybe they were are on a trip to a timeless dimension… I’ll leave you to think about that one and draw your own conclusions but ultimately, we’ll all going find out that one day.

So, as we can see, a universe without what we would call or perceive as the sequential progression or flow of time, would either not exist at all or be everything at once.

Beings living in such a universe would be nothing like we can conceive because we have no frame of reference for the possibility of a timeless existence.

Time as we perceive it, is the universal index which sequences and ties everything together in our minds, so if you wanted to drive someone mad, take away their concept of time and leave them floating in a sea of random thought fragments.

How NASA’s New Spacesuit Could Stall the 2024 Artemis Moon Landings.